I was three months pregnant when I first visited Nina Simone’s childhood home in Tryon, North Carolina, a tiny town in the foothills of the Blue Ridge Mountains. Even before I entered 30 East Livingston Street, I was struck by how dilapidated the three-room clapboard house had become. The battleship-gray facade was peeling, primer peeking through its slatted surface. It was an unfortunate fate for the birthplace of this major talent, who is celebrated today not only for her exquisite music but also for the role she played as a cultural conscience of the civil rights movement.

That was in 2015. What a difference five years and the devotion of a group of caring individuals can make. Three years ago, a group of well-known Black New York artists—Adam Pendleton, Ellen Gallagher, Julie Mehretu, and Rashid Johnson—teamed up to buy the house and rescue it from demolition. Soon after, the National Trust for Historic Preservation declared it a National Treasure and launched a campaign to restore 30 East Livingston and turn it into a retreat for writers, dancers, musicians, and visual artists.

Built in the 1920s with no indoor plumbing, this modest house is inextricably linked to Simone’s legacy and enduring influence. She was delivered here in 1933, and it was in these three rooms that she grew up surrounded by a seamless flow of sacred and secular sounds. Her father, handyman John Devan Waymon, played harmonica, banjo, guitar, and mouth harp. Her mother, Mary Kate, was a Methodist preacher and sang daily from the choir book.

It didn’t take long for the singer’s specialness to become apparent: At eight months old, Simone—whose given name was Eunice Kathleen Waymon—was humming the spiritual “Down by the Riverside.” At two and a half, she played the organ at the church across the street.

Eunice’s musical talents garnered her so much attention that even in a town as segregated as Tryon, her mother’s white employer offered to pay for her piano lessons when she was a young girl. She moved to New York City to study at Juilliard, but then, in a heartbreaking rejection, she was denied admission to the Curtis Institute of Music in Philadelphia, where she had hoped to study classical music. She reinvented herself as Nina Simone, performing in nightclubs and adapting jazz standards. Her debut album, 1959’s Little Girl Blue, spawned a Top 40 hit, “I Loves You, Porgy.”

Her childhood in North Carolina left its mark, good and bad. She experienced her share of racial injustice growing up—and never forgot it. At the height of the civil rights movement, she composed the era’s most defiant song, “Mississippi Goddam,” in response to the assassination of NAACP leader Medgar Evers in Mississippi and the murder of four Black girls in a church bombing in Birmingham, Alabama. As a result, she was blacklisted by record companies and concert venues and sought refuge outside the United States in such places as Barbados, Liberia, and, finally, France, where she died at home in Aix-en-Provence in 2003.

Back in Tryon, her childhood home, vacant for more than a decade, might have been demolished if not for the efforts of a local economic planner, Kevin McIntyre, and his wife, Julie. In 2005, they bought the house and embarked on a major renovation with the hope of turning it into a permanent monument to Simone’s life and legacy.

Wanting to get the details right in the restoration, the McIntyres sought guidance from Simone’s older brother Carrol Waymon, a civil rights activist and educator. The couple invested $100,000 of their own money, installing a new porch and front stairs, replacing bricks and beams, and shoring up the foundation. On the exterior, they attached weatherboard siding pulled from a local church also built in the 1920s. Inside, they furnished the rooms with Depression-era furniture, including a metal bed and a coal stove, along with a pedal organ. They also decorated the space with ephemera that alluded to Simone’s biography: “To Be Young, Gifted, and Black” sheet music; a map of Ghana, where she owned a home; a copy of Carter G. Woodson’s Journal of Negro History from the year of her birth. But the project was overwhelming, and in 2010 the McIntyres were forced to put the unfinished house up for sale. After it sat unsold for an entire year, the house was bought by another owner for well below the listing price.

By 2017, the house was back on the market, its fate even more uncertain than before. That is when the New York artists, led by Pendleton, heard that it might be destroyed and jointly purchased it for $95,000. Not only did their investment rescue the house from oblivion or obliteration, it also launched their collaboration with the National Trust for Historic Preservation. For Brent Leggs, the executive director of the trust’s African American Cultural Heritage Action Fund (other current projects include John and Alice Coltrane’s home in Dix Hills, New York, and Joe Frazier’s gym in Philadelphia), the chance to team with artists was an invaluable opportunity. He hopes the project will inspire “another thousand artists to become involved in preservation to own and steward, while bringing life back to these kinds of spaces and honoring Black cultural legacies.”

Drawing upon Simone’s recent cultural resurgence as an icon for Black artists, the Trust launched a crowdfunding page last year to raise money to complete the restoration. The effort attracted support from John Legend, who was so moved by Simone’s activism, he quoted her in his 2015 Oscars speech when he won Best Original Song for “Glory,” from the film Selma.

Legend’s interest in Simone is part of a larger trend: a rediscovery and reappreciation of the artist by a new generation. Entertainers such as Beyoncé, Jay-Z, and Rihanna and actresses Issa Rae and Lupita Nyong’o have recently sampled or styled themselves after the chanteuse. And in 2018, Simone was posthumously inducted into the Rock & Roll Hall of Fame.

In March, I had planned to return to the house in Tryon for the third time, with my eight-year-old daughter, Seneca, and four-year-old son, Sidney, so they could see firsthand where the origins of my own obsession with Nina Simone began (I have written about her many times and am writing a book about the singer). As a result of our shelter-in-place order, we had to settle on re-creations: watching video clips and interviews and curating photographs that my sister, Scheherazade, took of the house when she accompanied me on a visit there two years ago.

As we attempted our virtual tour, we came across images of men and women from the National Trust’s Hands-On Preservation Experience (HOPE) Crew, which trains young people in historic-preservation trades like repointing, painting, carpentry, and window restoration. The pictures, taken last summer, show the group priming and painting Simone’s family home in Tryon and stabilizing its exterior in preparation for artists to make their own pilgrimages there.

A few months later, Vanessa Ferguson, a renowned jazz singer, headlined a concert inside the house. “It felt like the first time in a long time that Nina’s essence was being heard inside of this historic space,” Leggs recalls.

With her performance in Simone’s childhood home, Ferguson tapped into an even more formative memory.

“Everything that happened to me as a child involved music,” Simone wrote of her days at 30 East Livingston Street in her autobiography, I Put a Spell on You. “It was part of everyday life, as automatic as breathing.”

Today, as we struggle through these months of pandemic and weeks of racial protest, the simple act of breathing has emerged as a contest. In response to the police killings of Eric Garner in 2014 and George Floyd in 2020, “I Can’t Breathe” is both a chant of Black resistance and, more tragically, a reminder of centuries-old racial violence.

In this age of Black Lives Matter, as we reckon with our nation’s past, Simone’s voice stands out more than ever. And the house in which she, her piano playing, and her political vision were born is far more than an artist’s retreat. It’s a refuge for a nation in peril that welcomes all who want to enter back home.

DONATE NOW Click here for more information on the ongoing restoration and to donate.

This story originally appeared in the October 2020 issue of ELLE Decor. SUBSCRIBE

Tue Sep 22 , 2020
Lucasfilm and Mark Hamill have paid tribute to Ron Cobb, the veteran production designer behind movies like Back To The Future, Conan The Barbarian and Alien. Cobb died yesterday, on his 83rd birthday, in Sydney from complications of Lewy body dementia. Read more: The Mandalorian season two trailer In a […] 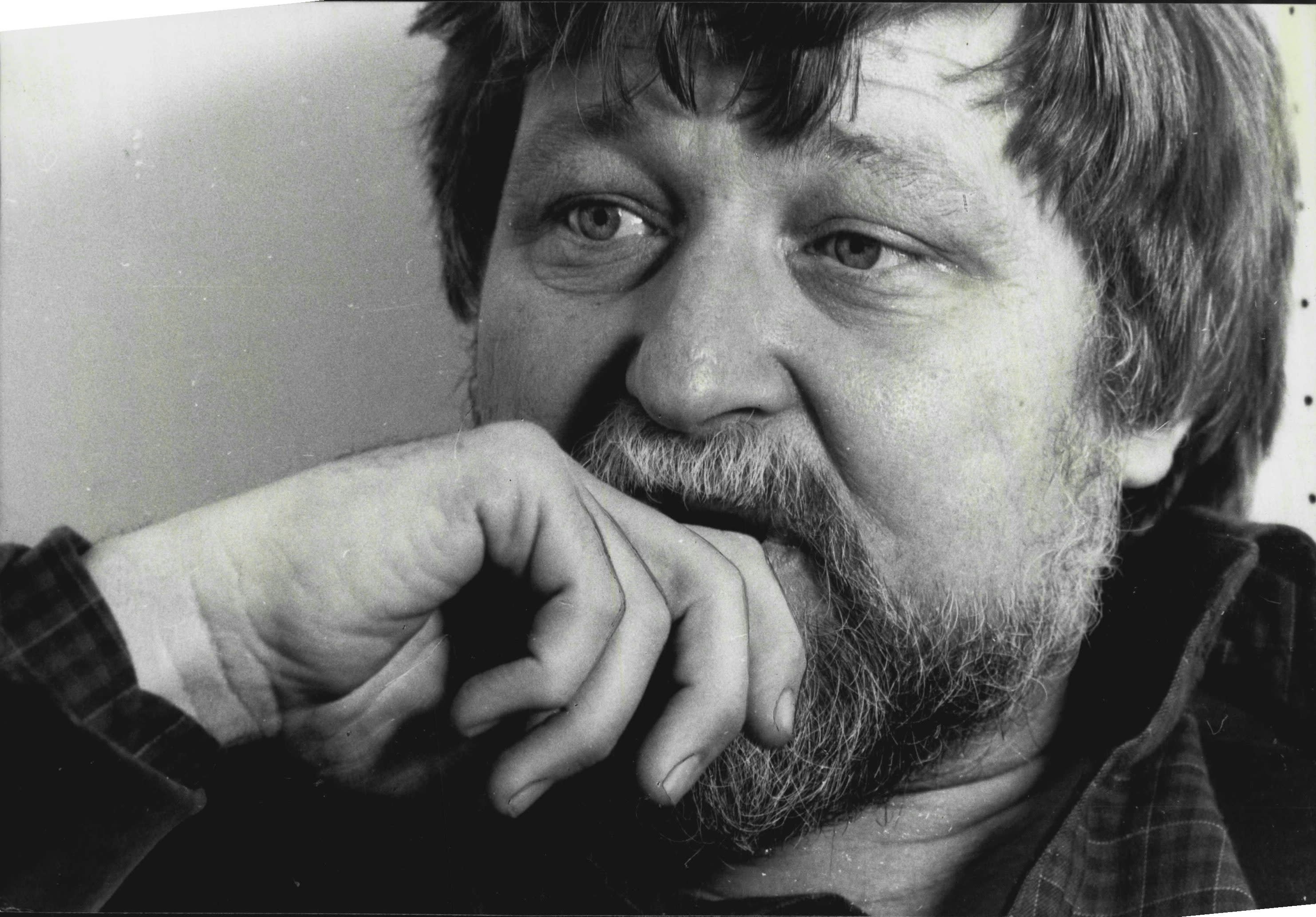