The longtime director of historic preservation for the city of Lexington has agreed to sell a vacant home on South Ashland Avenue to settle multiple code violations, including holes in the roof and missing windows.

Bettie Kerr, who has say over exterior renovations on buildings in Lexington’s 16 historic districts, told the Herald-Leader that she could not afford all of the repairs.

During a July 13 administrative hearing regarding code violations at 128 South Ashland Avenue, Kerr agreed to sell the house in lieu of making fixes. According to records obtained by the Lexington Herald-Leader through an Open Records Act request, Kerr has 30 days to put the home under contract with a real estate agent. She must sell the home by the first of January.

The home at 128 South Ashland Avenue is in a historic district.

‘It’s hypocrisy,” said Larry Chiles, who lives in a condominium next door to 128 South Ashland. “She has say on what we can and cannot do to hour homes, but her homes look like this?”

The side of the 128 South Ashland property facing Chiles’ condominium has multiple boarded-up windows. Pieces of plywood also cover parts of the back of the home and a hole in the roof. A tarp covers part of one side of a later addition on the back of the house.

“This is my home place,” Kerr said. “We grew up coming in and out of those two homes.”

“My biggest focus is to do right by these properties,” Kerr said. Kerr said she hopes to find a buyer who has the financial resources to make all the necessary repairs.

Chiles was the only person in the neighborhood willing to discuss the problems with the two homes. Other neighbors declined to comment on the record because they did not want to risk angering Kerr, whose office has input on what types of exterior renovations can be done to their homes.

In total, Kerr has paid $2,800 in fines related to code violations at 124 and 128 South Ashland Avenue, according to records obtained by the Herald-Leader.

In December 2018, code enforcement issued 13 different violations for various problems with the front porch at 128 South Ashland Avenue. Some of the issues that needed to be fixed: Repairing floor joists and door frame sills and paint. The repairs were not completed in 60 days, according to city records. Kerr was issued a $300 fine.

In March 2019, documents show that Kerr was to get financing to help make the necessary repairs by August 2019.

In September 2019, code enforcement inspected the property and found the code violations had not been fixed. Kerr was fined $500.

On April 17, 2020, the city closed the case because all the necessary repairs had been made, city records show.

On July 24, 2020, Kerr was cited for failing to get all the appropriate permits for an exterior renovation. Code inspectors also found various problems with the back of 128 South Ashland. The code enforcement citation asked her to repair chimneys that were leaning, rafters that were damaged and roofing that was leaking and damaged.

On Sept. 24, 2020, Kerr got the appropriate permits for the building. City officials said construction workers had a permit but not the right permit for the type of work they were doing on the home.

Kerr said as work began on the property, the costs for those repairs continued to balloon. Structural engineers found additional problems. Escalating lumber prices made fixing parts of the roof untenable. Nevertheless, she was able to address some of the original code violations.

“I was overwhelmed,” Kerr said.

At the July 13 administrative hearing, Kerr agreed to sell the home by Jan. 1. If the home is sold, Kerr will not have to pay a $325 fine.

On June 14, code enforcement issued a notice of violation to repair the fence at 124 Ashland Avenue. The fence must be repaired by Aug. 13.

On June 14, code enforcement issued a notice of violation for 128 Ashland Avenue to repair the foundation hatchway access door.

Kerr said she has already fixed those violations and the foundation access door. She is working on fixing the fence at 124 Ashland Avenue.

In addition to the violations related to the exterior of the house, there were other violations at 124 and 128 South Ashland.

In December 2019, Kerr was cited and paid $250 for failing to cut the high weeds referenced in the October citation.

Chiles said neighbors had noticed people on the property who shouldn’t be there on numerous occasions, adding to unease about the conditions of the properties at 128 and 124 South Ashland Avenue.

“I really hate that the neighbors have been so concerned,” Kerr said. “I wanted to fix the problems. It was not for a lack of effort. It was a lack of financial resources.”

‘She never asked for anything’

Alex “Cash” Olszowy, director of code enforcement for the city, said he understands neighbors have been frustrated that it took so long for the issues at 128 Ashland Avenue to be addressed. But Kerr was not given special treatment.

“We have some cases that are pending for years,” Olszowy said. Kerr could have appealed the earlier citations but did not. Instead, she paid the fines. Homeowners who appeal citations can ask for additional time to make necessary fixes, he said.

“She never asked for anything,” he said. “She didn’t appeal. Most people who do appeal can get extra time. She paid penalties as she went.”

Kerr said she paid the fines and didn’t appeal because she thought she would be able to figure out a way to pay for the repairs.

That’s why code inspectors didn’t return to 128 South Ashland Avenue until May. They discovered repairs to the back of the home had not been completed, he said.

Kerr said she hopes to have a real estate agent under contract soon. She wants to find a buyer who will have the financial means and the interest to preserve 128 South Ashland Avenue.

“My love of history and historic preservation started with these two homes,” Kerr said.

What Kitchen Design Software Is Best For You?

Sat Jul 31 , 2021
The benefits of investing in an online kitchen design software will result in better efficiency, profitability, and more productivity for your business. These days, customers want a traditional kitchen combined with the conveniences of technology. With the shift in preference alongside the tech boom, it is easy to design the […] 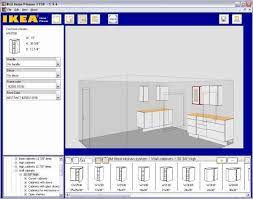