Outgoing president Trump has left the White House for the final time, and landed in Florida to set up home at his Mar-a-Lago resort in Palm Beach.

Owned by Donald Trump since 1985, the property is a national historic landmark with a slightly roundabout path to becoming the Winter White House.

Originally commissioned by Marjorie Merriweather Post, heiress to the Post Cereals business, the house was designed by Marion Sims Wyeth, with construction beginning in 1924.

Built in the Spanish colonial revival styles, interior and exterior decorations were created by Joseph Urban. The project was concluded in 1927 at a total cost of $7m ($104m in 2020).

At more than 62,000 square feet, with 58 bedrooms, 33 bathrooms, 12 fireplaces, three bomb shelters, and a 29-foot-long marble top dining table, the house is extravagant to say the least. It is the 22nd largest house in the US – the White House comes in 33rd place.

On the death of Ms Post in 1973, she bequeathed the 17-acre estate to the federal government as a Winter White House for the use of presidents and visiting dignitaries. However, neither the Nixon nor Carter administrations were interested in using it.

Further to that, it soon became apparent that the cost of maintaining the property was enormous and it presented security concerns for high profile individuals, being sandwiched as it is between the Atlantic Ocean and the Intracoastal Waterway.

In 1980 Mar-a-Lago was declared a National Historic Landmark and in 1981 it was returned to the Post Foundation, which listed it for sale at $20m.

In the following years the property fell into disrepair. There was little interest from buyers to the point that the city of Palm Beach approved its demolition to make way for smaller houses on valuable land.

Mr Trump first offered the Post family $15m for the property having heard about it following an unsuccessful property purchase nearby. The family rejected the offer and so Mr Trump, in a move characteristic of his reputation as a property magnate, bought the land between the house and the ocean for $2m from the former owner of KFC, Jack Massey. He then threatened to build on it to block Mar-a-Lago’s view.

Interest in the property declined further due to the threat and eventually Mr Trump closed the purchase in 1985 for between $7m and $10m — there are differing reports of the final amount.

Extensive renovations ensued over the years with the addition of five tennis courts, a waterfront pool, and a 20,000 square foot ballroom.

Due to his well-documented financial difficulties in the early 1990s, Mr Trump at one point promised to divide the property into smaller subdivisions — a plan staunchly opposed by local residents.

The property was instead relaunched as a new private club, with a resort and hotel for fee-paying members, and a 3,000 square foot residence for the Trumps.

Facilities at the property are rented out for private events and charity fundraisers, and a number of big stars have performed there including Celine Dion and Billy Joel. Mr Trump was also infamously filmed at a party with Jeffrey Epstein at the property in the early 1990s.

Celebrity guests include Michael Jackson and Lisa Marie Presley who spent their honeymoon at the resort, and Mr Trump celebrated his marriage to his third wife, current first lady Melania Trump, on the property in 2005.

Upon becoming president in January 2017, Mr Trump fulfilled Ms Post’s wish for the property to become the Winter White House — a name he uses in addition to “The Southern White House”.

A number of security upgrades were made when it became clear that the president and first family would be using the property with some regularity. A Sensitive Compartmented Information Facility (SCIF) for communications with the White House Situation Room and Pentagon was added.

When Trump was in residence during his time as president, a 30-mile security zone restricted flights around the property and the Secret Service and Coast Guard set up a perimeter on land and water. Nevertheless, there have been several security breaches.

Mr Trump’s first visit came just two weeks after his inauguration when he hosted the Diamond Red Cross Ball at the club and watched the Super Bowl at his nearby golf club, where he has also spent many days in late 2020 as the sun sets on his presidency.

A number of international leaders have been entertained at the property, including Japan’s Shinzo Abe in February 2017 (who conferred with the president in front of restaurant diners about a North Korean missile launch) and again in April 2018. China’s Xi Jinping visited in April 2017, and Brazil’s Jair Bolsonaro attended a dinner at Mar-a-Lago in March 2020 at which the first of many administration Covid-19 scares occurred.

The Trump family usually spend Thanksgiving, Christmas and New Year at the property, and escape there during the early months of the year as a respite from the cold northeast winters. The club closes for the summer months during hurricane season and the president instead visits his “Summer White House”, Trump National Golf Club in Bedminster, New Jersey.

In September 2019, Donald and Melania Trump changed their primary address from New York City to Mar-a-Lago and in the 2020 election, both of them voted in Florida.

The latest reporting out of Palm Beach is that some of the renovations undertaken by Ms Trump to the property are not to the president’s liking. The Secret Service has reportedly also had input into some of the work.

Over the course of the presidency, the costs associated with protecting the first family at the property have often been questioned.

There is a current legal dispute as to whether they can declare the resort as their permanent legal residence, given a 1993 “use agreement” with the town of Palm Beach, changing it from a single-family home to a private club.

The agreement specifies that guests, including the Trump family could not stay there for more than three non-consecutive weeks in a year. Neighbours have now demanded local authorities take action given that it appears that the Trumps may plan to move in on a more permanent basis.

Watch: What does a Joe Biden presidency in the US mean for the global economy?

Release Calendar for January 22, Plus Where to Watch the Latest Films

Sun Jan 24 , 2021
Staying home? Good. Looking for something new to watch while you do it? Even better! As the world continues shifts to accommodate a wide range of in-home viewing options for movie lovers, it’s not just platforms that are expanding, it’s the very type of films they host. There’s more than […] 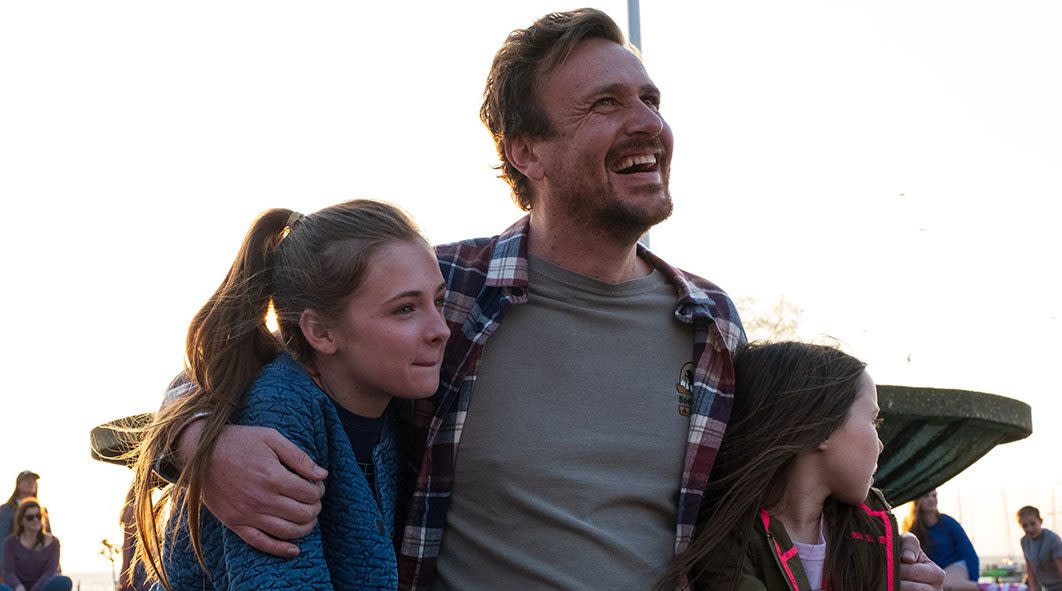