One of just a few homes designed by the man behind some of the world’s most iconic midcentury modern designs is back on the market on Long Island.

The architect Edward Durell Stone designed the home, and it was finished in 1967.

His buildings won several prestigious awards and are distinctive for their ornamentation, which often include arches, a prominent feature of this home.

Noting the distinctive arches and the towering glass windows, the listing agent, John Pierre Morales, says, “Those features alone make it one of Long Island’s unique and most prestigious properties. I haven’t seen another piece of architecture like this, ever.”

Inside the mansion, there are several massive mahogany staircases, many arches, and an indoor pool right in the middle of the home.

The pool isn’t enormous, but does offer an interesting respite for guests. Think of it as an aquatic conversation pit.

“It’s about 6 feet deep, heated, and has benches that circle the whole inside of the pool, so it was really just a place to cool off and sit down and have a few cocktails on the bench. Most of the times, people were in their regular clothes, which is interesting,” Morales explains.

Thanks to a unique filtration system, Morales says the home doesn’t suffer from the typical smell of a pool.

The formal dining room is right off the pool area, and a living room is nearby.

The four-bedroom, five-bathroom house is located on 33 acres of land with majestic trees on Long Island’s Gold Coast. The compound on the Sound is divided into four lots with a quarter-mile of waterfront.

The purchase price offers an intriguing opportunity for a buyer who doesn’t mind a couple of neighbors.

“There are three other lots besides the home and the beach house that are subdivided and ready for someone to come in and build on—ready to go for a developer,” Morales explains.

In addition to the main house, there’s a one-bedroom beach house that basically sits on the sand. Having a structure that close to the water isn’t allowed anymore, but this house is grandfathered into township regulations.

“I look at just the beach house alone and figure it’s worth a couple million dollars, just the way it is,” Morales says. “You’re in complete solace and peace when you’re in this place. There’s no one near you. You’re in your own world.”

The compound was once part of the original Colgate estate, and the current owner is the socialite Gabriele Lagerwall, aka Baroness W. Langer von Langendorff.

She’s the second wife and widow of the late Baron Walter Langer von Langendorff of Austria, the man who created White Shoulders perfume.

Morales says the butler who has been with the baroness for 25 years recalls the diplomats and the royalty who sat in the pool and had cocktails.

The house has always been a weekend home for the owner to escape to when she wanted to entertain and get away from her hotel penthouse at the Pierre, on New York’s Fifth Avenue.

There are unique furnishings, which could be negotiated into the purchase price. A new owner wouldn’t need to worry about damage to the colorful decor.

“I went to the basement, and there’s backup yards and yards of the exact fabric. [If] she’s having company and someone spills or stains something, she can re-upholster again,” Morales says.

The house is in two wings, with two bedrooms on the main floor. The main suites are upstairs, served by an elevator.

The setting is private, perfect for anyone who would like to get away and to turn this property into a revenue-generating opportunity, Morales says.

“The perfect buyer is a developer, someone that can actually realize that this is the last of its kind on the East Coast. It’s basically a nature preserve on the Gold Coast of Long Island, with a quarter-mile of sound-front.”

If the walls of the house could talk, Morales says, they would have stories to tell.

“You totally feel like you are in a bygone era, and you just know that diplomats, royalty, and whoever was somebody at one point was in that home.”

Tue Jan 26 , 2021
HOLYOKE — Leaders of the Holyoke Soldiers’ Home Coalition have turned up the public heat on state officials over plans to build a new facility after the staggering COVID-19 outbreak at the long-term care facility last spring. Paul Barabani and John Paradis, the onetime superintendent and deputy superintendent of the […] 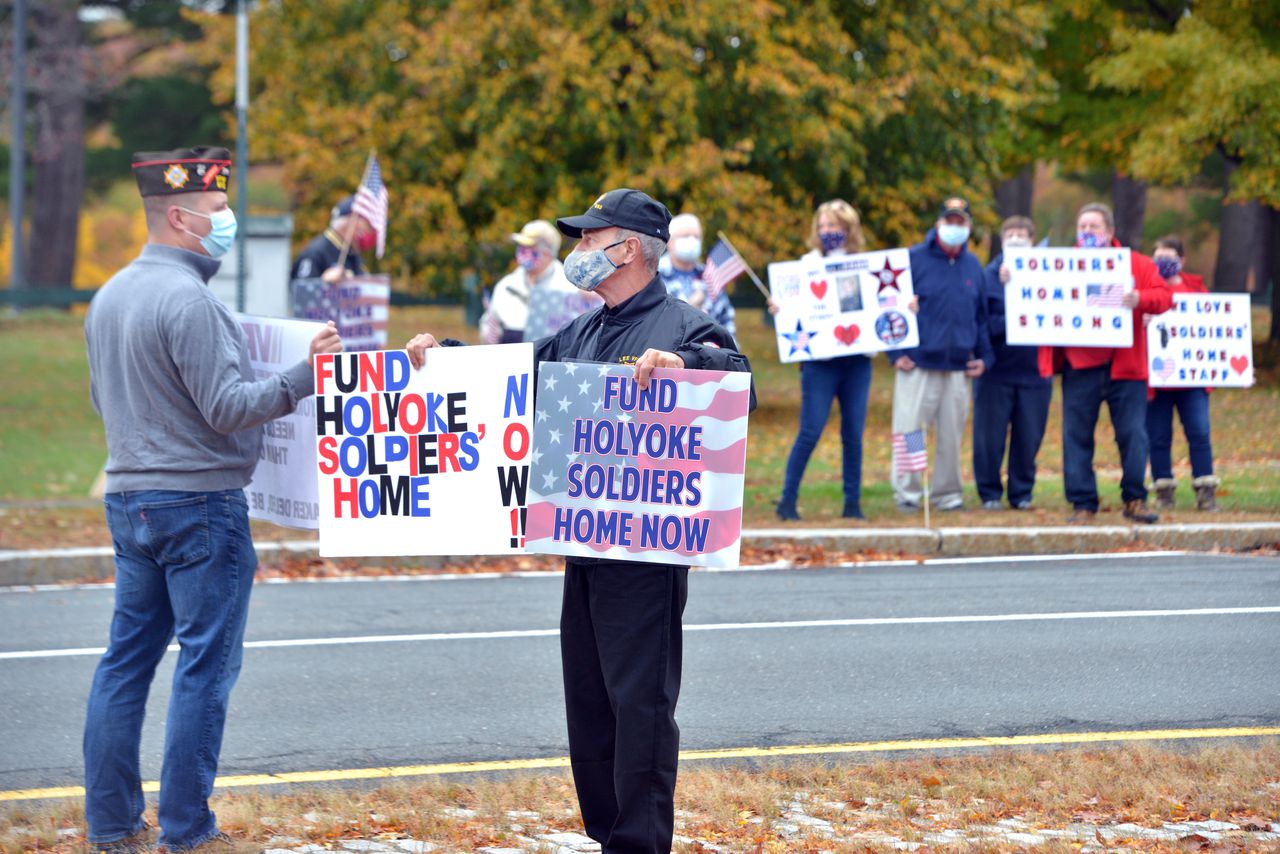