Lauren and Don Fornes were living with their four children in Austin, Texas, when they were faced with a serious life event. Their infant son suffered a brain injury, resulting in a form of blindness called cortical visual impairment. Needing extra help, they moved back to the San Francisco Bay area, where the couple had first met and still had a strong group of old friends.

The Forneses have always loved design, and in Austin they had hired ELLE Decor A-List designer Darryl Carter, who is known for his spare interiors, to decorate their home. But their son’s loss of vision was pushing them in a different direction. “Although we had lived in this beautiful monochromatic home that I loved,” Lauren says, “I suddenly was very interested in color and introducing it into our new house in a way that felt authentic.”

The New England–style home in Marin County that the couple purchased was designed in the 1920s by William W. Wurster, who taught at the University of California, Berkeley and was the architecture dean at MIT in the 1940s. The home’s original name was Kinderhook (Dutch for “children’s corner”), which seemed fitting for a family with four young children.

They partnered with Lauren’s friend—and a bridesmaid at her wedding—Elizabeth Cooper of Elizabeth Cooper Interior Design to help them with the project. “It was important to create this restorative home for this family because they had been through this heart-wrenching tragedy,” Cooper says. “They needed to have this place that reflected them and their aesthetic and to create a happy sanctuary where they could welcome their friends.”

Every aspect of the design was driven not only by function but also by personal meaning. The rooms were painted and papered in blue colors and patterns by Brunschwig & Fils and Meg Braff to represent their son’s blue eyes. The custom de Gournay panels in the dining room include images of ladybugs and birds as a nod to their two daughters, whose nicknames are Ladybug and Birdie. The kitchen stools were upholstered in a custom Bernard Thorp pattern in a shade of green that reminded Lauren of her godmother’s 1970s kitchen.

In addition to the decorative elements, the home was designed with special attention toward helping their son, using some of the tenets of universal design. His mobility is limited, so the Forneses turned a ground-floor library into his room, allowing him to actively participate in family time and events without having to go up and down stairs. Cobblestone and sod paths were turned into flat pavement so that he could move around with greater ease. Steps around the exterior of the house were limited to no more than three so that ramps could be easily implemented.

The family has now relocated to the Boston area so that their son can attend the Perkins School for the Blind in Watertown, Massachusetts. But they have fond memories of their home in Marin.

“I wanted our home to feel magical,” Lauren says, “like we were entering a home where anything could happen and the outside world would be suspended. You could say that my son helped me to appreciate the gift of sight for the first time.”

Fri Jun 19 , 2020
Maureen McCormick and Eve Plumb are back on HGTV — only this time, they’re the designers! The Brady Bunch stars who appeared on HGTV’s A Very Brady Renovation are bringing their skills to the network’s new self-shot show, Design at Your Door.  The social-distancing inspired series, which premiered on June 11, […] 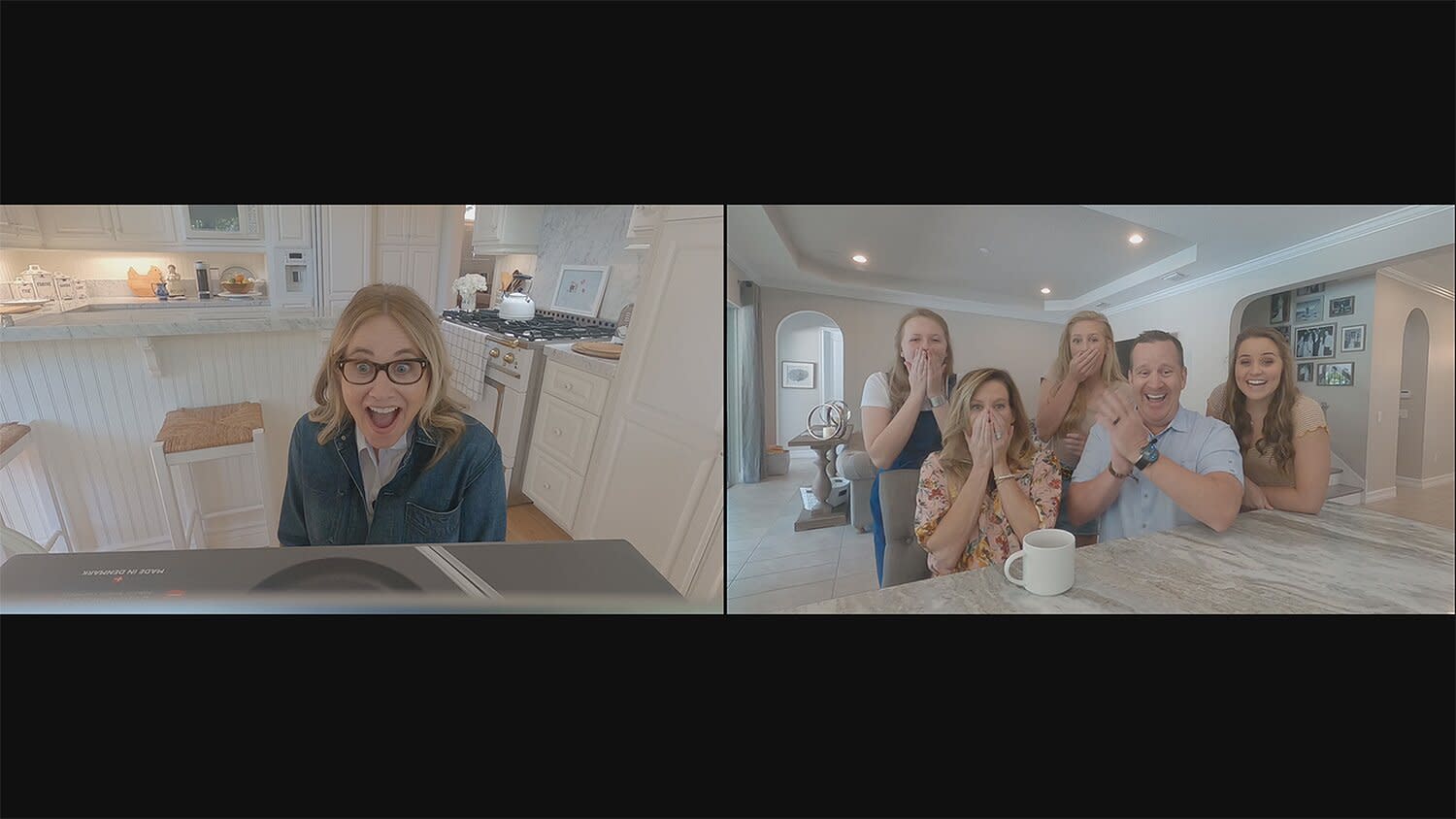