On “Rock the Block,” we’ve seen this season’s four sets of competitors make over kitchens, bedrooms, and beyond. But in the latest episode, they turn their keen designer eyes to the exteriors, proving that what’s on the outside counts almost more than what’s within!

In the episode “Rock the Exteriors,” host Ty Pennington tells the competitors they have a week to polish the back and front yards, as well as the exterior of the house.

The teams scramble to give their properties the best outdoor amenities, but with so much to do, some teams fall behind. Plus, with each team burning through its $225,000 full-renovation budget, they’ve got to focus on budget to make sure they have enough money to finish the competition.

When time is up, guest judges Carmine Sabatella and Mike Pyle from the new HGTV show “Inside Out” check out each team’s home and choose a winner with the best ideas.

Whose house will they pick? Read on to find out who wins this challenge, and get some great ideas on upgrades you might be dying to try this summer.

A brick exterior is worth the money

Nate Berkus and Jeremiah Brent, stars of “Nate and Jeremiah: Save My House,” decide to invest in a brick exterior. They cover their “Rock the Block” house with brick on all four sides, spending a whopping $40,000 on the upgrade.

“We’ve seen a lot of the local architecture, and it’s usually brick just on the front of the house and then siding on the backs,” Berkus says. “But brick you never have to replace. It’s forever.”

When the brick is finished, Berkus and Brent have spent a good chunk of their budget, but the result looks beautiful. Plus, judges Sabatella and Pyle love the multicolored brick and the elegant look it gives the home.

In the end, Berkus and Brent are proud of their style choice.

“You just can’t argue with the value of a brick home,” Brent says.

Your home’s exterior should echo what’s inside

While Berkus and Brent focus most of their funds on the brick exterior, they still manage to do some landscaping. Brent comes up with the idea of creating a two-tiered lawn and framing the upper level with a stone-filled border with scalloped edges.

It’s a unique look, which will help this house stand out, plus it ties in nicely with the home’s interior—namely the kitchen.

“What we as designers continue to strive for is a mastery of detail,” Berkus says. “And so, when we scallop the landscaping, we’re doing that for a reason, because the corners of the stone on our [kitchen] island match.”

Love golf? Put a putting green in your backyard

While Berkus and Brent focus their attention on the front yard, Alison Victoria of “Windy City Rehab” and Mike Holmes from “Holmes on Homes” pour most of their money into the backyard.

Victoria notices that there’s very little space in the back of these houses, so she thinks making the most of this area will help her home stand out.

“Since none of the houses have backyards,” she says, “I want to make a backyard.”

Victoria and Holmes upgrade this space by adding a retaining wall, a faux-turf putting green, and an outdoor kitchen. With these few upgrades, they make this small space into an oasis.

Unfortunately, the judges aren’t sure about the putting green, doubting whether there are enough golf enthusiasts to justify the expense. Still, Victoria points out that the green can be easily changed into anything. It’s a great, transformative space that can work for almost anything, proving that versatility is key.

A mix of colors and textures creates great curb appeal

Mika and Brian Kleinschmidt of “100 Day Dream Home” decide to give the front of their home a dynamic look.

“You have one chance to make a first impression,” Brian says, “so we went with a mixture of textures in different directions. Blue and white lap sidings, cedar shake, the most beautiful stone you’ve ever seen, and a white metal roof to tie it all together.”

It’s a lot of different materials, but the different colors, patterns, and textures work together well, creating a look that still seems classic.

In the end, their choice pays off because the judges love their home, saying the color and style looks great. It’s a dynamic look with lots of charm.

Give plants and trees room to grow

David Bromstad of “My Lottery Dream Home” and Tiffany Brooks of “50K Three Ways” do a lot to improve their home’s exterior, but they take extra care on the landscaping.

“We’re thinking of having a lush green lawn and creating some nice, curvy planting beds near the house to give it a layered look,” Brooks says. “We can also go with smaller shrubs, plus maybe an edible garden with some colorful flowers, which will give it three yummy layers.”

They end up spending a respectable $15,000 on the landscaping, and the price tag is worth it because the judges love the look and say that the design is thoughtful and will grow in well down the road.

“I am a stickler on plant placement and future plant growth,” Pyle says. “I can’t stand it when people overplant. You’ve done a really good job layering and plant placement for future growth.”

‘Rock the Block’: Who wins this round?

When the four teams are finished, Pyle and Sabatella tour each exterior and decide that Berkus and Brent are the winners! The “Inside Out” stars love the brick exterior and the two-tiered lawn. Overall, they decide this house has some great curb appeal.

So, for the second week in a row, these two claim victory—making them the team to beat in the finale.

Thu Apr 8 , 2021
It seems like every day now a new headline breaks regarding a high-profit NFT sale. Each one represents exponential growth in the digital fields of art and design. So while it’s not exactly surprising that Krista Kim’s Mars House just brought in over $500,000, it’s still worth considering the fact […] 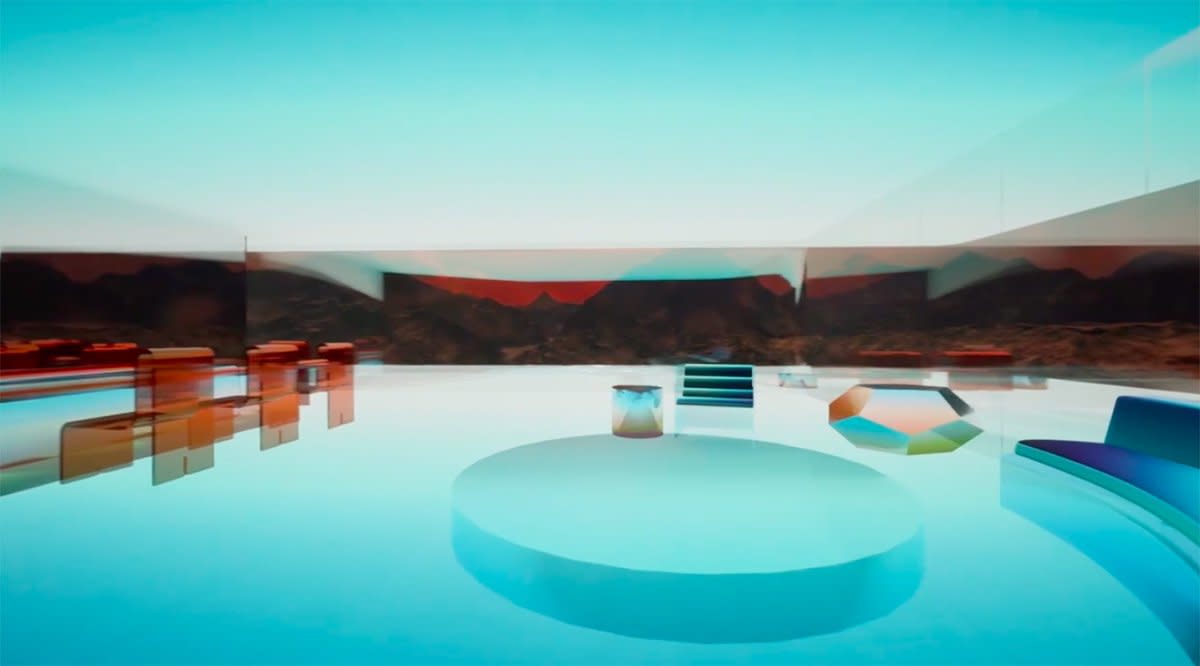