“Life is more beautiful and more livable when nothing is perfect,” says Nozawa, who founded her firm, Noz Design, in 2014. “I like deliberate imperfection, deliberate asymmetry, and messing things up a bit.” Thus the marketing manager turned interior designer takes clients’ homes and shakes them up, placing a mod cocktail table artfully off-center in one client’s living room or commissioning an artist to thickly apply gold liquid resin to a Bay Area parlor’s rust-orange walls and let gravity take its course. (She is pictured in her own home.) Non-Western design traditions are an aesthetic constant. Communal heated kotatsu tables that Nozawa has seen on trips to her ancestral Japan (her family emigrated to California in the 1890s) are echoed in groovy conversation pits, while West African and East African objects and artifacts are infiltrating her eclectic vocabulary too. “I’m a huge nerd,” the designer says. “I hope I’m always bewildered by something.” nozdesign.co —Mitchell Owens

“The hardest thing is to do simple, but that’s what we love: simple and smart,” says Adair Curtis (opposite, left) of the decorating, staging, and product-design studio that he cofounded with Jason Bolden, his celebrity fashion-stylist husband. “Everything in a room should be essential, and the space should have a story, with furnishings and art pulled from what the clients enjoy or what has been passed down to them.” Inspired by sources ranging from the intellectual interiors of the Harlem Renaissance (Bolden) to world travel, especially Morocco (Curtis), JSN’s interiors possess a clarity that is as much about the objects as about the space that frames them, with palettes that are crucially curated. (The duo is pictured in their L.A. home.) Mexican architect Luis Barragán is a frequent reference when it comes to the strategic dashes of color, usually in works of art, that animate their often neutral-tone spaces, where midcentury-modern pieces meet rustic textures. As Bolden explains, “A house should hug the people who live in it. Even when it’s glamorous, it should feel as casual as possible.” jsn.studio —M.O.

“A room doesn’t seem complete to me unless it has an English secretary,” says Bees (pictured at home). That being said, this star’s take on Anglo-American traditions is spirited rather than reverential. His debut room at Manhattan’s 2019 Kips Bay Designer Show House turned heads with its hodgepodge of choice Southern antiques, a contemporary abstract painting hung on a Gracie chinoiserie screen, and, of all things, a marijuana plant wrought in shining brass. “A lot of my clients are taking over their parents’ old houses as Mom and Dad move to Kiawah, so I like to add edgier pieces along with those camelback sofas, to add some punch and have some fun,” explains the Alabama native, who originally planned to attend law school and run for public office. Instead, he relocated to Charleston and opened a short-lived antiques shop where the ever-changing decors launched his career. “I’d rather be thought of as a collector than a designer,” Bees adds. “We all like so much, so we put it all into a space and it works. And all colors can play nice together.” matthewmonroebees.com —M.O.

“I sort of fell into interior design by chance,” says Brion (pictured
at a Miami project). After receiving her master’s in architecture from Columbia University, the French-born talent landed her first job working for an architecture studio that was, at the time, collaborating on a project with Philippe Starck, whose attention to detail would shape Brion’s perspective. “Seeing that process was probably the biggest influence in my work today.” Inspired, Brion set out to apply the same approach on her own, leaving the Old World traditions of Europe for the animated creativity of Miami. “The possibilities are endless,” she quips of her adopted city. Since founding her firm, Light on White, in 2016, Brion has gravitated toward a minimalist aesthetic, mixing antiques and contemporary finds in a range of projects. “Buy less and buy better,” she muses, reflecting on the future of design. It’s a motto mirrored in her new line of marble furniture—a collection of tables and chairs all fabricated entirely out of solid marble that will, without a doubt, entice her expanding Florida clientele. “People here are so open to newness,” she says. “We really build whatever we want.” lightonwhite.com —Gabriela Ulloa

It could have been awkward. When Monet Masters (above, left) hit a roadblock on her first big job, the client called in Tavia Forbes as backup. Instead, the designers hit it off. “We were about the same age, both Jamaican, and we both had this eclectic, quirky style,” recalls Masters, who soon returned the favor, helping Forbes complete a rush office design for a movie executive in just a week. By 2016, they were officially in business together, building an impressive list of clients (Real Housewives of Atlanta star Kandi Burruss, NFL players Josh Bynes and Bobby Rainey) with bold, personality-driven interiors, among them a glam, purple-lacquer karaoke room for Burruss’s poolhouse. And while the duo (pictured at an Atlanta project) still accepts those one-off room jobs that launched their career—since February they’ve booked these short-lead projects via the digital platform Decorist—they now have a handful of top-to-bottom residences in the works, as well as a rug collection and wallpaper line, the latter with Mitchell Black. forbesmasters.com —Hannah Martin

It’s not surprising that Hunter’s office is located in one of the modest gray houses that surround the Menil Collection. “I take a curatorial approach to my work, exploring affinities and tensions between centuries of fine and decorative arts,” says the Texas native (pictured in his Houston home). Guided by site and context, Hunter’s incisive eye lends a sense of history and gravitas to modern, white-box spaces while animating traditional rooms with a vivid, contemporary spirit. Five years ago, he opened Tienda X, an experimental Houston gallery of art and design, with architect Michael Landrum, a frequent collaborator who shares his office. After moving the boutique a few years later to Austin, where much of their work is located, Hunter and Landrum recently transplanted Tienda X from the Lone Star State to a 1920s early Regency-style residence in the Whitley Heights neighborhood of L.A. “The house is a design laboratory, a showroom, and also my West Coast pied-à-terre,” Hunter says. “Basically, it’s my playground.” garretthunter.com —Mayer Rus

When it comes to boho interiors by Hamilton—a self-styled “environmental curator”—it’s a jungle in there. “Plants are a super-identifiable part of my aesthetic, but the foundation is always modern and clean-lined,” says the rising star, who got her start in the health-care industry, a job that demanded wellness-conscious furnishings, palettes, and, yes, plants. (She is pictured at home in Memphis.) “Unless you’re totally negligent, plants will thrive, and their presence proves that you’re living in your world rather than just looking at it—funny how that works.” Fans are attracted to her drill-down approach to personal taste, too. “When I hear people say, ‘I like farmhouse,’ or ‘industrial,’ it’s really a few elements that they like, maybe reclaimed wood but not Edison bulbs. I like to pick apart what they love and ask questions. By the end of the conversation, they realize they don’t have a style that they can name or pinpoint. That’s called being a human: Congratulations!” carmeonhamilton.com —M.O. 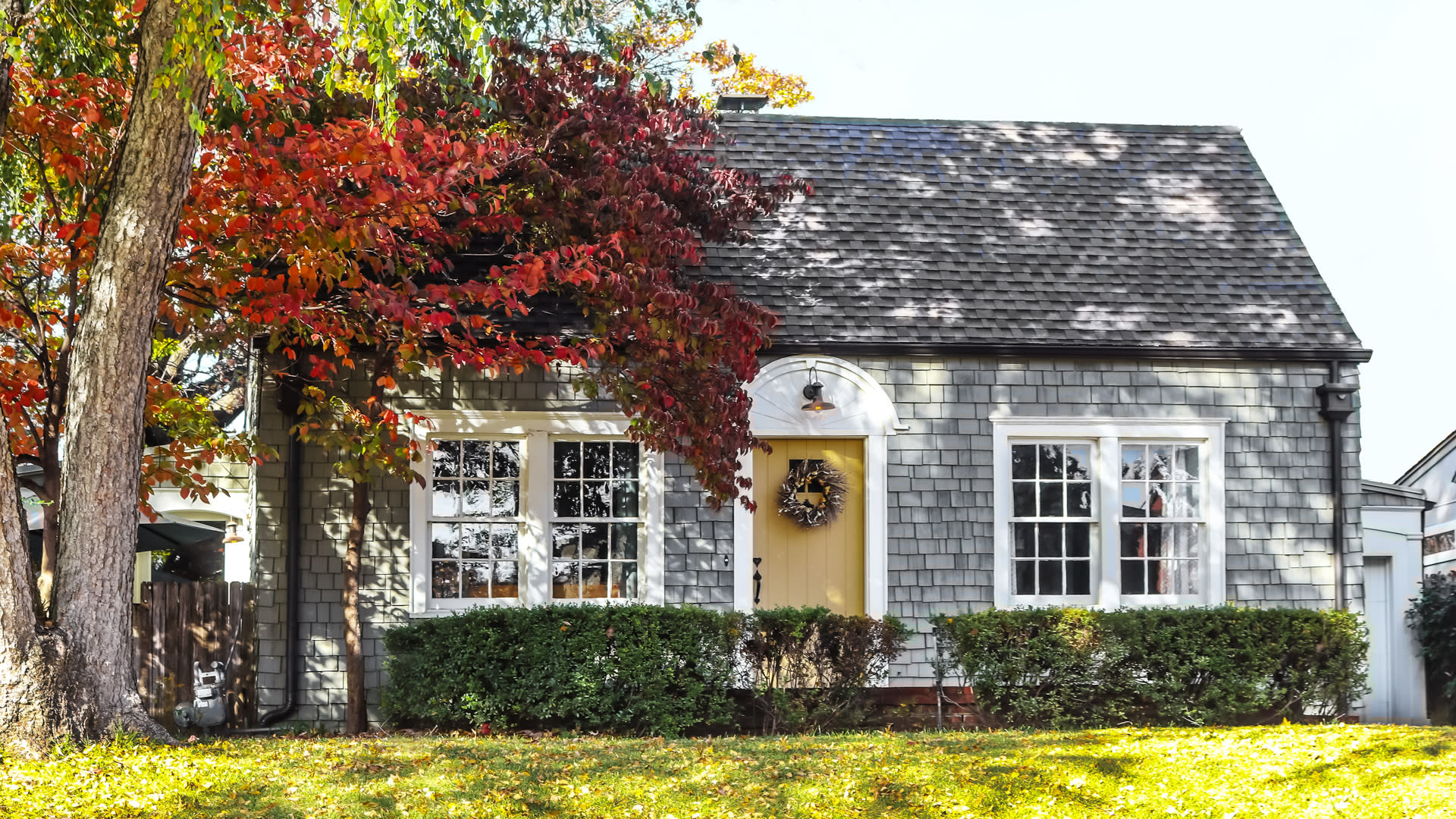