No matter the price point, there are amenities that are difficult to come by in an urban setting: natural sunlight, a courtyard, and more than 10,000 square feet of living space.

It’s now on the market for $18,750,000 and listed by Katherine Malkin of Compass. The prodigious price tag makes it the most expensive home for sale in Illinois.

The six-bedroom, 8.5-bath property was designed to house the sellers’ art collection and accommodate their children when they were young, Malkin thinks the residence—with its lovely limestone and black granite—could attract a variety of buyers.

The agent named two possibilities for a great fit right off the bat: “If you are somebody who is an art collector or wants to entertain,” she says.

The gallery area can comfortably fit 80 people for an event. There are also four outdoor areas with greenery, including a garden terrace and central courtyard. But the buyer pool isn’t limited to just those two potential categories of people.

“I can just as easily see a young person with four kids moving in there,” says Malkin.

The agent says she has been pleasantly surprised to host showings for younger buyers, showing them through a custom cast-aluminum door with gold-leaf detail, paired with Napoleon III sconces sourced by an antiques dealer.

“When people get inside, they’re sort of stunned,” she says. “It [also] wouldn’t surprise me if it’s somebody who is already in the area and has been eyeing the property for some time.”

The sellers bought the home in 2005 and invested in a renovation that took three years. The work they put in is evident.

“There’s nothing in that house that isn’t new,” says Malkin, including the smart-home capabilities, high-end appliances, and custom cabinetry.

However, the decor and design choices honor the home’s history. They include a grand staircase modeled on one at the Musée Nissim de Camondo in Paris, French Empire sconces dating back to the early 19th century, an early 19th-century Austrian Biedermeier chandelier, Russian neoclassical sconces, and Louis VXI gilt-bronze sconces.

In the well-appointed library—which includes a bar—you’ll find koa woods, embossed and painted wallpaper imported from Poland, a Belgian black-marble fireplace mantel, and French lighting from around 1870.

A home theater, which the sellers used often and which includes eight armchairs spanning three levels, was also updated. Two other perks: a fitness center rivaling the size of most hotel gyms and a wine cellar large enough to host a dinner.

The home also includes a large laundry room with a kitchen island, dishwasher and deep utility sink, plus an adjacent pantry that can store enough dinnerware for a ball.

As is fitting for today’s work-from-home lifestyle, the home has three separate office areas—including one adjacent to the family room.

A rec room on the top floor with a high ceiling and skylights can easily accommodate a pool table. Malkin notes its “clubby” atmosphere.

Included with the listing is a two-car garage on site.

The next owners can make the place their own, with a different decor, but it will be difficult to take away from the majesty of this grand mansion.

“Nothing takes over the property,” says Malkin. “It lives on its own.”

When Should You Sell Your Home? The Benefits of Each Season

Sat Jan 16 , 2021
Each season allows you to highlight different features of your home. With mortgage interest near record lows, the housing market is on fire. If you’re tempted to put your house on the market and move on to greener pastures, you may wonder what is the best time of year to […] 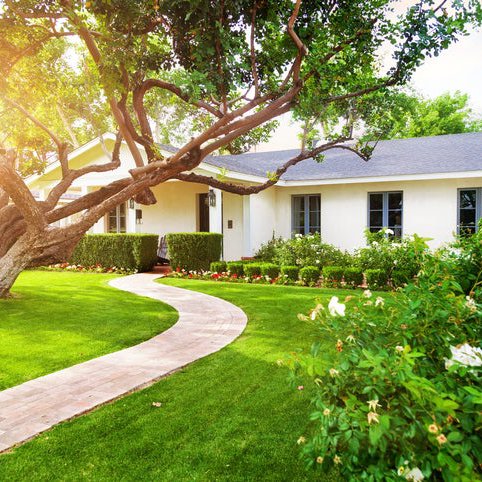