Palm Beach homebuyers with the deep-as-the-ocean wallets made their mark this season, even if they found fewer trophy properties on the market to buy.

Nine single-family properties — including three new oceanfront houses built on speculation and a vacant lot — sold for $39 million or more to land them on a list of the season’s biggest-dollar deals.

All of the sales were recorded at the Palm Beach County Courthouse between Oct. 1 and Friday morning, and the prices and dates listed here are those documented with the deeds. The transactions were confirmed by sales reports issued by the Palm Beach law firm Rabideau Klein.

For subscribers only – Big bucks:Here are the 6 priciest condo, townhouse sales this season in Palm Beach

• $57 million – The most-expensive single-family sale of the season closed in December when a new oceanfront mansion changed hands at 916 S. Ocean Blvd. in the Estate Section. With eight bedrooms, the estate has 14,916 square feet of living space, inside and out, including its beach cabana. The house was developed on speculation by Naples-based Stock Custom Homes, part of Stock Development, and was said to have sold with at least some of its furnishings. A Florida limited liability named MAWA 9167 LLC — managed by Palm Beach attorney Louis Hamby III — bought the property. Carol A. Sollak of Engel & Völkers was the listing agent, and broker Christian J. Angle of Christian Angle Real Estate represented the buyer.

• $53 million — Tampa Bay Buccaneers co-owner Darcie Glazer Kassewitz and her husband, private banker Joel Kassewitz, in February sold their six-bedroom estate on 2 lakefront acres at 854 S. County Road to developer Todd Michael Glaser, who bought it with two unnamed investors. Glaser buyer immediately re-listed the house for $79 million. The main residence, a pool cabana and the detached guesthouse have a combined 16,491 square feet of living space. Agent Gary Pohrer of Douglas Elliman Real Estate represented the Kassewitzes. Broker Lawrence Moens of Lawrence A. Moens Associates acted for Glaser, who in April won the town’s approval to renovate and expand the 1940s-era house under a plan approved by the Landmarks Preservation Commission through its program for homes designated “historically significant.”

• $48.5 million – In April, a trust was on the buyer’s side in the purchase of a recently completed oceanfront mansion developed on speculation at 1030 S. Ocean Blvd. near former President Donald Trump’s Mar-a-Lago Club. The eight-bedroom mansion with 15,237 total square feet was developed on speculation by Lion’s View Partners, a real estate investment group managed by Palm Beach residents Nedim Soylemez and George P. “Beau”  Taylor, who both built careers trading commodities. The listing agent was Chris Deitz of Compass Florida, who marketed the house with its furnishings. Angle brought the buyer.

• $46.4 million — Sotheby’s International Realty agents Heidy Wicky and Jean Lembcke represented the sellers in the private sale recorded in April of a lakeside mansion at 460 Worth Ave. Billionaire homebuilder Dwight C. Schar bought the house through a trust and was represented by Moens. The house, which had been in the Andresen family for 14 years, was sold by Immohome AG, a Liechtenstein-based corporation for which Klaus Andresen holds the title of president and Gerhard Oehri sits on its board of directors. The main residence and an outbuilding have a grand total of 10,847 square feet, property records show.

Lakefront sale:Billionaire pays $46.4M for lakefront house at west end of Worth Ave. in Palm Beach:

• $45.36 million — An entity linked to Princess Alia Bint Al Hussein, daughter of the late King Hussein of Jordan, in March sold a lakefront estate at 1330 N. Lake Way to a Delaware-registered limited liability company. Built in 1996, the house had replaced one that the king had reportedly used as a vacation home. With 10,161 square feet of living space, inside and out, the residence has five main bedrooms and three others for staff. Agent Shelly Newman of William Raveis South Florida held the listing, and agent Chris Leavitt of Douglas Elliman Real Estate handled the buyer’s side.

• $44.93 million — In March, Canadian businessman and Fiji Water co-founder David Harrison Gilmour sold a 1920s-era house at 5 Golfview Road as trustee of a trust in his name. His wife, Jillian, joined him in the off-market sale to a Delaware-registered limited liability company. On a half-acre site abutting The Everglades Club Golf Course, the house has five bedrooms and 8,619 total square feet of living space. Sotheby’s International Realty agents Lisa and John Cregan represented both sides.

• $41 million — With architecture reminiscent of neighboring houses in its 1960s-era Parc Monceau neighborhood, a new house on Billionaires Row at 1700 S. Ocean Blvd. sold in November to a Florida limited liability company named after the property’s address and managed by Gunster attorney Robert S. Raynes Jr. The house was developed by Manalapan residents Jagbir and Sarla Singh, who sold it through Ocean Villa Holdings LLC of Florida. The tri-level house has six bedrooms and 10,586 total square feet. Newman was the listing agent, and Angle acted on behalf of the buyer.

• $39 million — A vacant half-acre beachfront lot at 7 Ocean Lane sold in February to an entity managed by developer Carl M. Sabatello of Palm Beach Gardens-based Sabatello Cos. He bought the property from 7 Ocean Lane LLC, a Florida limited liability company affiliated with an investment group, led by Soylemez, that had initially planned to develop a house on speculation. Representing the seller was agent Margit Brandt, who was at the time affiliated with Compass Florida but is today with Premier Estate Properties. Agent Bill Yahn of the Corcoran Group acted on behalf of Sabatello, who also has pursued the town’s approval for a spec house on the property.

Darrell Hofheinz is a USA TODAY Network of Florida journalist who writes about Palm Beach real estate in his weekly “Beyond the Hedges” column. He welcomes tips about real estate news on the island. Email [email protected], call (561) 820-3831 or tweet @PBDN_Hofheinz. Help support our journalism. Subscribe today.

Sun May 8 , 2022
Amid ballooning condition revenues, Senate President Karen Spilka now would like her chamber to pursue a tax aid deal to supply fiscal reduction to Bay Staters — contradicting Home budget writers who nixed these guidance and delivering a big victory to Gov. Charlie Baker who’s adamantly pressed the Legislature to […] 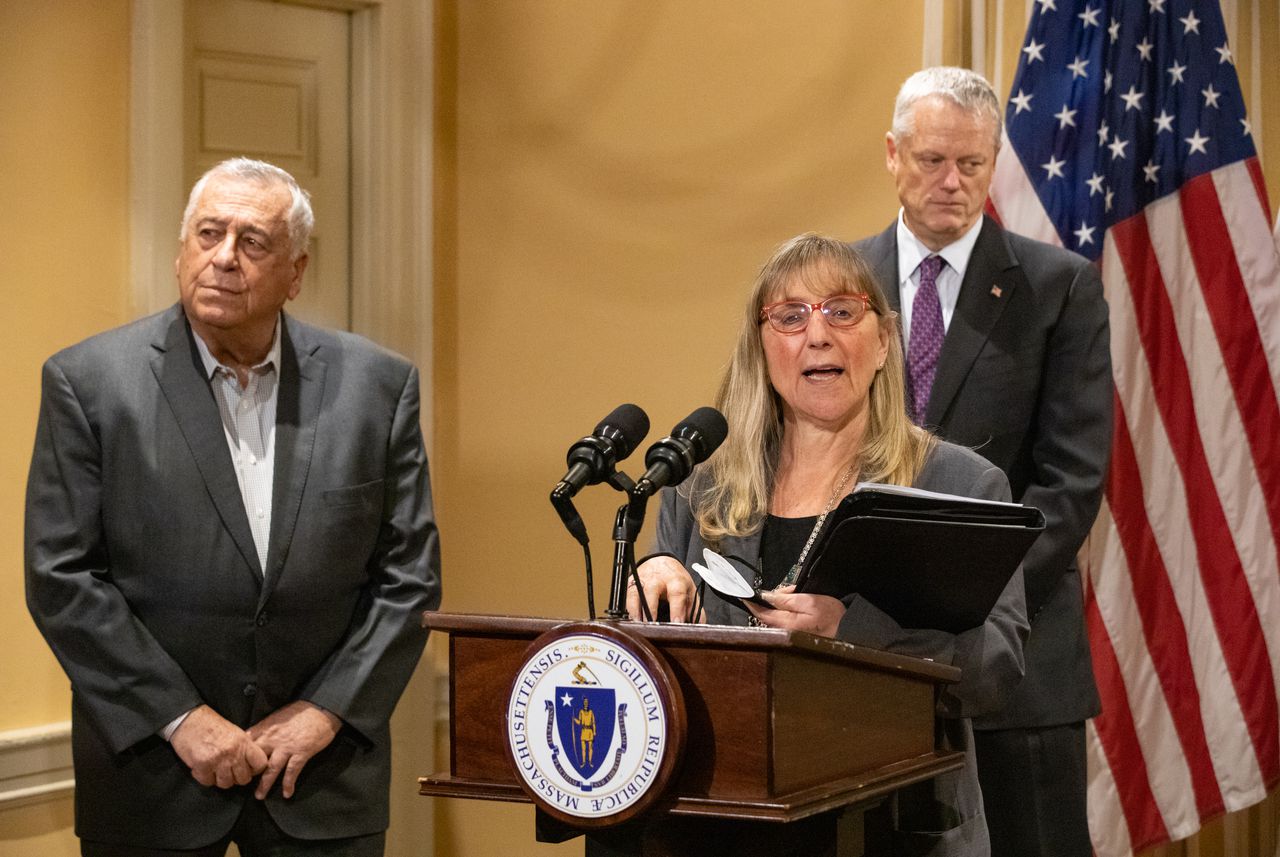