Known as Viewpoint, the home is near Camino de Oeste and Ironwood Hill Drive, on the edge of the Tucson Mountains.

It was designed in 1972 and built in 1974 for Chafee’s mother, Christina Johnson, and her husband, Earl J. Johnson.

The modernist design of the home has been featured in the Los Angeles Times’ Home magazine, House & Garden Building Guide and Architectural Record, among other publications.

“This is an important recognition of Judith Chafee’s design work in Southern Arizona,” said Demion Clinco, executive director of the Tucson Historic Preservation Foundation, who prepared the historic landmark and rezoning applications. “This designation will protect this extraordinary cultural resource for future generations and celebrates our unique 20th-century design heritage.”

The Pima County Board of Supervisors unanimously approved the historic designation earlier this week.

“Historic Landmark designation prevents it from ever being demolished or significantly altered,” said Supervisor Adelita Grijalva.

Chafee was born in Chicago in 1932 and moved with her family to Tucson.

She attended Yale University’s Graduate School of Arts and Architecture and was the only woman to graduate from her class.

In 1969, she returned to Tucson. Viewpoint was her first standalone residence in Southern Arizona.

She described the home as a traditional adobe pueblo-style house with cool caves at the entrance. The interior features massive windows.

The 1,708-square-foot home has two bedrooms and a library with detached guesthouse.

Clinco said the purpose of historic designation is to conserve architectural resources in the Tucson area.

“Collectively, they provide our community character and definition,” he said.

The designation protects the homes exterior from alteration or demolition without review and approval. The interior is not regulated.

The Tucson Historic Preservation Foundation offers information and assistance to homeowners who wish to get historic designation for their residence.

Get the latest local business news delivered FREE to your inbox weekly.

Pushing the design envelope in Cambridge 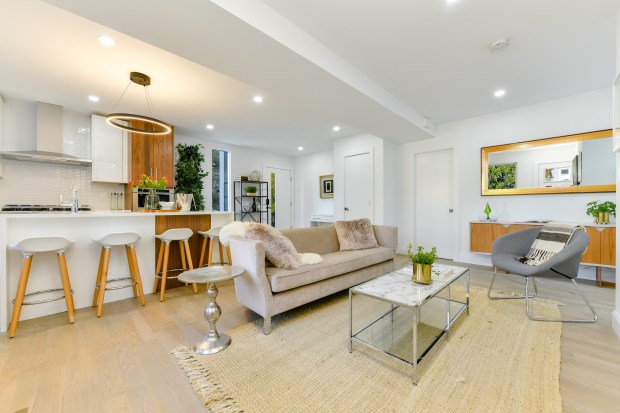