WASHTENAW COUNTY, MI – An imposing brick home dating back at least 158 years and built by a family of European settlers who founded Northfield Township is officially part of the National Register of Historic Places.

The oldest section of the two-and-a-half-story home dates back at least to 1864 and was built by Nathan Sutton, the nephew of the first pioneer to settle the area in what was then the Michigan Territory and son of Northfield Township’s first clerk.

But, Cheri Szcodronski, the architectural historian who completed the nomination paperwork for the house, said there’s more to landing a spot on the nation’s official listing of properties worthy of long-term preservation than age.

“Not all old things are eligible for the National Register,” she said in an email. “You have to build a strong argument that the property is historically important.”

For the home’s current owners, Victor and Marian Volkman, the journey to uncover that place in history started in the 1990s when Victor mailed in a request for a paper application for the historic designation.

The couple delved into the subterranean archives of the Washtenaw County courts, tracing deeds and tax records of the property back to Benjamin Sutton, who left New Jersey in 1822 and headed west. Sutton traveled with the pioneers who founded Ann Arbor, building a log cabin and establishing a farm on the land north of that settlement.

The Volkmans continued their research at the University of Michigan’s Bentley Historical Library and the state archives in Lansing. But that wasn’t enough to finish the application to the National Park Service, which has run the National Register since its creation in 1966.

“I got maybe half way through it, and I just don’t know enough about architecture to finish the job,” Victor said. The paperwork sat in a file for more than two decades.

In the meantime, Marian, who bought the home with her mother in 1985, said the couple got a taste of the breadth of history the property had witnessed.

On a summer day some 30 years ago, a car pulled into the driveway with an older man in the passenger seat. He had stayed at the home as a boy, explaining the rear was the “summer kitchen.”

“He also remembered when World War I troops were marching down Pontiac Trail, can you believe that?” Marian recounted.

She still admires the home’s woodwork, long hall windows and recessed Philadelphia gutter system built into the roof (even after multiple, expensive rebuilds).

The Volkmans met Szcodronski when she and her firm Firefly Preservation Consulting were hired to complete a survey of some 60 historic properties in the township through a state grant obtained by Washtenaw County on behalf of the Northfield Township Historical Society.

At a presentation on the survey’s findings just before the COVID-19 pandemic, Victor got her business card and eventually recruited her to finish the work he had started.

The process usually takes about 12 to 18 months, Szcodronski said, and her work usually begins with a detailed site visit to produce reams of photos, sketches and notes.

“Does its physical appearance tell the story of its history?” Szcodronski asks of structures.

In the case of the Sutton House, the answer was yes.

It was nominated as an intact, rural interpretation of the Italianate style of architecture, known for its characteristic bay windows and small, elaborate porches, Szcodronski said.

Its imposing, monumental feel reflects the wealth and social position of the family that inhabited it, she said.

Nathan Sutton, like his father George before him, served as a township politician, representing the area on the Washtenaw County Board of Supervisors, before being elected to the Michigan House of Representatives, according to the nomination paperwork.

His son Daniel carried on the tradition, serving as Washtenaw County sheriff and also completing two terms in the Michigan House of Representatives.

The oldest section of the home, its central block on a stone foundation, was built around 1864, according to the nomination form.

Around 1880, the large Italianate-style addition was built on the front of the house, and the home retains its original five-panel wood doors. A rear addition was added by 1940, near pear and apple orchards on the property.

According to the Michigan State Historic Preservation Office, it is one of 90 Washtenaw County properties to have received the Historic Register designation, an honor bestowed to some 2,000 buildings and places across Michigan.

Property owners typically pursue the listing because it validates significance of historic buildings like the Sutton home, said Todd Walsh, state coordinator for the National Register.

“Part of the honor is the process,” he said, explaining applications go through a state review board before their official nomination and review by National Park Service historians.

In addition to the national designation, the Volkmans’ home has been recognized by the Historical Society of Michigan through its Heritage Home program.

The couple can’t avoid reminders of the home’s past, whether through the thick division between the living and dining room, once an exterior wall, or the repairs that have been necessary over the years (two new roofs, an overhaul of the septic system and thousands spent combatting dry rot, among other projects).

Despite its age, the home doesn’t feel like it’s going anywhere. “It’s like a fortress,” Marian said.

“I always thought I would call up every Sutton in the area and say, ‘Hey were you related to Dan and Bessie,” the last of the Sutton family to own the house, up until 1942, Marian said.

“I would love to talk to them.”

More from The Ann Arbor News:

‘It’s a battle in the trenches.’ Ann Arbor continuing to fight polluter in court

Wed Feb 9 , 2022
What makes a home design truly “modern?” With so many varied styles, directions and materials falling under this umbrella term, the central tenets of the movement can be hard to pin down. For the experts at Los Angeles-based architectural firm Walker Workshop, modern design is as simple as seven “S” […] 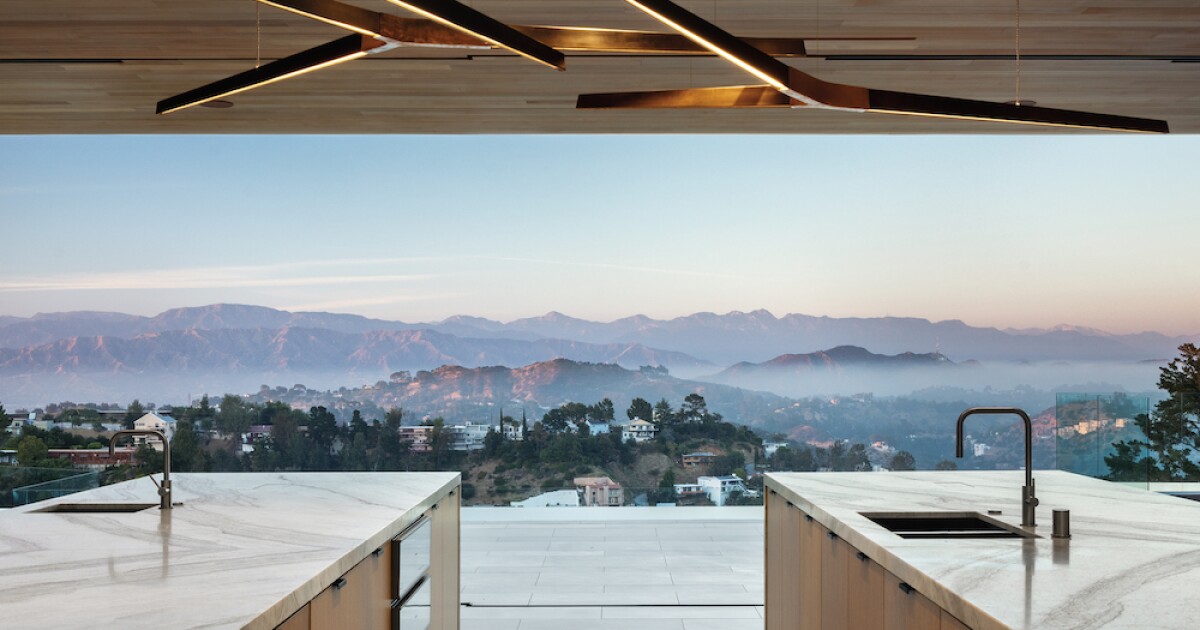