Skip to content
For months now, the 500-pound black bear has been roaming the streets in the Tahoe Keys area of South Lake Tahoe, about 100 miles east of Sacramento.

The South Lake Tahoe Police Department told CNN on Tuesday it believes Hank is responsible for two more break-ins over the weekend.

A Facebook post by the department says he broke through a small window and somehow squeezed inside a house Friday when no one was there. He did not break into the garage, however, which is where the trash was kept.

Officers banged on the exterior of the home until he left through the back door.

And Saturday, he is believed to have broken down a front door to enter another home. Police said they haven’t confirmed the bear is Hank yet, but believe it is likely him.

There have been no direct attacks on humans or pets in the area, the fish and wildlife department said.

Residents have flooded police lines with worried calls, and the wildlife department said more than 100 individual reports of the bear have been come in to South Lake Tahoe police.

Wildlife department spokesperson Peter Tira told CNN they have been tracking incidents with this black bear since the spring of 2021.

“The incidents primarily occurred during the summer and fall of 2021, when the bear was in hyperphagia, adding calories to survive the winter,” Tira said. Hyperphagia, according to the US National Park Service, causes bears to eat and drink nearly nonstop during the fall in preparation for hibernation.
This bear, according to CDFW, has lost its fear of people, and is associating people with access to food. His large size helps him break into homes as he can push through front doors and garage doors.
In October, a California woman was mauled by a different black bear that broke into her northern Lake Tahoe cabin and rummaged through her kitchen. The woman suffered scratches and other wounds all over her body.
There are a few options to keep the community and bear safe: relocation, placing the bear in a facility, or euthanasia. This last option has local bear advocacy groups such as BEAR League concerned.
Ann Bryant, executive director of the group, told CNN affiliate KCRA the bear does not have to die.
“The BEAR League reached out to the director of an excellent out-of-state wildlife sanctuary who agreed he has room and would be very willing to give this bear a permanent home,” Bryant told KCRA.

However, the wildlife department said relocation comes with a lot of requirements and can take a toll on the animal’s mental health.

According to KCRA, the BEAR League group has offered to pay all relocation expenses.

“While the Lake Tahoe area has a healthy and dense bear population, euthanizing an animal is always our last option,” Tira said.

If the wildlife department does capture the bear, it said it will evaluate the possibility of moving him to the out-of-state facility. It said his current location, as of Friday, is unknown, but the last reported sighting was a few days ago when he was seen walking down a street in Tahoe Keys.

The department is advising residents in the area to stay vigilant and responsibly store and dispose of food, as bears are driven by scent.

Wed Feb 23 , 2022
The home on 36 Dans Highway in New Canaan looks like it could be part of a Norman Rockwell painting with its traditional Colonial exterior and red barn. But it’s not its outward appearance that’s been part of the art scene — it was who lived inside and near the […] 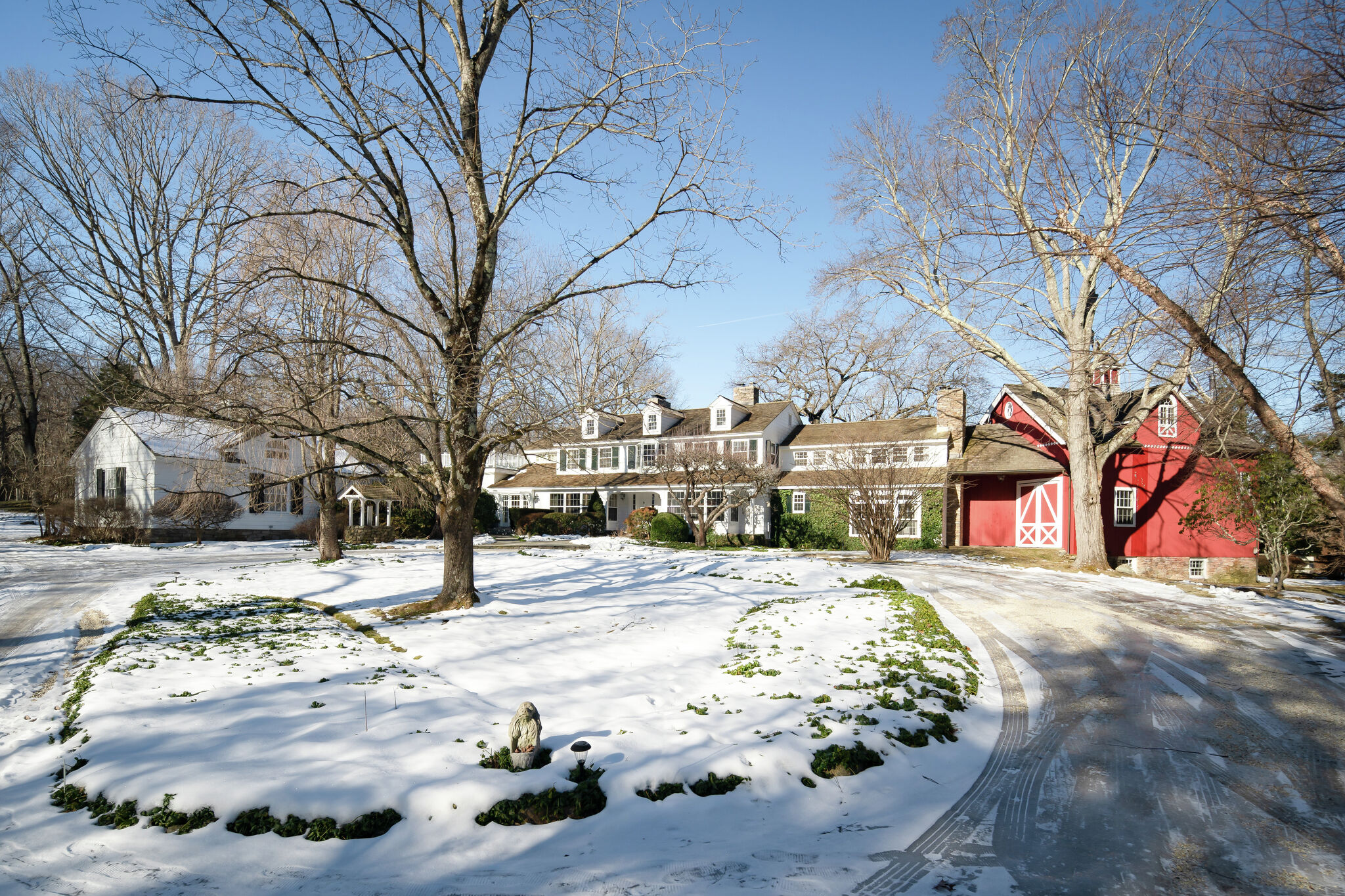