In the summer of 2015, Suzanne McFayden found herself in the unusual position of telling a room full of men what to do. The Jamaican-born writer and philanthropist had just purchased a house in the hills west of Austin—and had some decisions to make. “There’s something empowering about being the only woman sitting at a table with these men who were so respected in their fields,” she says, referring to the team of architects, civil engineers, and surveyors who helped transform the 7,000-square-foot Brutalist structure into a singular vision of her own creativity. “You learn to speak up in a way you never have before.”

She found allies in celebrated Austin architects Paul Lamb and Ted Young of Paul Lamb Architects and interior designer Jennifer Vaughn Miller of Vaughn Miller Studio, who understood from the beginning McFayden’s need to cultivate her own preferences after a 26-year marriage, a divorce, and nearly two decades spent raising three now grown children. “Suzanne is worldly, whip-smart, and passionate about art,” says Lamb. “She needed a fresh start and a place that reflected her own character.” Adds McFayden, “Where I lost a home I turned around and created my own.”

To give the house’s weighty construction a warm and welcoming aesthetic, Lamb and Young maintained its visually arresting exterior walls, pine floors, and lofty wood-and-steel roof trusses. But they knocked down interior partitions to improve the flow and injected the space with a mix of unexpected materials that, in his words, “emphasized the raw and evocative power of the concrete shell, sometimes riffing on its roughness, sometimes contrasting it.” In the kitchen, blackened steel panels carried over from the entry join an island topped in white macaubas quartzite and a wall clad in tiles of lichen-speckled tree bark. A moody powder room balances an Italian marble sink with a custom perforated steel vanity and unlacquered brass hardware. Everywhere, amply proportioned windows and glass doors allow bursts of natural light to soften and envelop the spaces and connect them with the outdoors. “Her previous home was an admirable house in an established neighborhood of Austin,” says Lamb, “but this house offered new possibilities. It could be daring and unexpected; it could express an unfettered spirit.”

While a lot of that daring came courtesy of the existing architecture, much of it was also a result of the relationship between McFayden and Vaughn Miller, who, like Lamb, was inspired by the poured concrete walls and their ability to provide a neutral, gallery-like backdrop for bold custom furnishings, including a sheepskin chair and hand-carved walnut stool by the Haas Brothers, and a ceramic dining table by Korean artist Hun-Chung Lee. “The curves and joinery of the piece connote a work of art, but children can happily do homework and eat there without disturbing its integrity,” says Vaughn Miller. “The fine line between spectacle and subtlety is one we sought to constantly blur.” Such statement pieces are softened by rugs and pottery McFayden purchased on a trip to Morocco, as well as midcentury antiques that play off the curated eclecticism.

But perhaps nothing reflects McFayden’s flair for audacity more than her museum-worthy assortment of contemporary art. “My collection is a visual expression of how I feel about the world,” says McFayden of the pieces on display throughout her home. She draws parallels between her life and the Brancusi head in her kitchen and Awol Erizku’s Girl With a Bamboo Earring, which hangs in her home’s entry. “It’s about reclaiming things that you may not feel entitled to,” she says. “As a black woman and as a divorced woman, I feel like I’m finally carving out room for myself in the world. Doing this house helped me reclaim my voice.”

A Statement-Making Austin Home With a World-Class Art Collection

Mon Jun 29 , 2020
The average cost for two tickets to a baseball game — and a couple of beers and dogs to complete the experience — is over $100 this season. Not that it’s mattered so far, as spring training was canceled before it really had a chance to kick off due to the […] 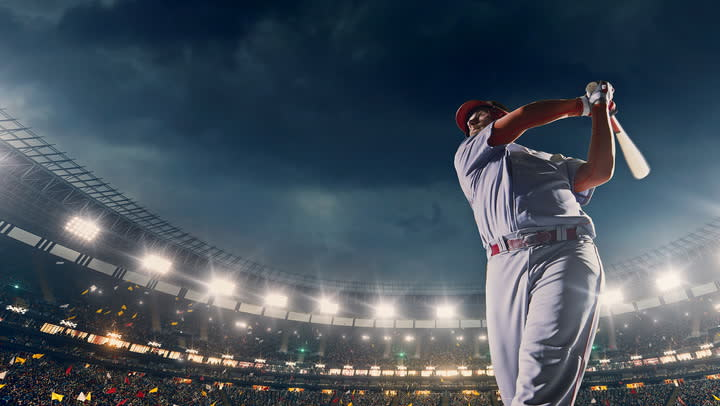