Bryan Sansivero’s haunting photography career all started when he stumbled upon an abandoned home in rural Pennsylvania.

Bryan Sansivero was driving on a long, windy road about 45 minutes outside of Philadelphia, Pennsylvania, when a dilapidated home caught his eye.

“I was so intrigued,” he told Insider.

He said he pulled over in an apple orchard and made the trek up to the stone home, which he estimates was built in the 1700s.

Sansivero, 36, recalls peering through the only open window of the house. Amongst the crumbling and decaying walls, he spotted an elegant piano.

“This is so strange and it’s beautiful,” Sansivero remembers thinking.

So naturally, he stepped inside to snap a few photos.

That was more than 10 years ago. Today, Sansivero said he’s photographed hundreds of abandoned houses and buildings across the US.

Sansivero said he’s always gravitated towards the eerie and unfamiliar.

In college, where he said he majored in filmmaking, he made a documentary about an abandoned hospital.

The house in Pennsylvania reignited his interest, he said.

“Naturally, I was just drawn to wanting to photograph and explore things off-the-beaten path or the not-typically-seen kind of things,” he said.

Sansivero has captured everything from decaying houses rumored to be haunted to homes in pristine condition that feel like they’re frozen in time.

Sansivero said he takes inspiration from other photographers on Instagram, and uses Google Earth, word of mouth, and aimless trips in his car to find abandoned homes in different parts of the US.

Sansivero describes each home as a “time capsule,” as they’re filled with clothing, antiques, furniture, and toys that give a glimpse into what life was like decades ago.

When Sansivero arrives at an abandoned house, he usually finds plenty of antiques, such as CRT TVs, phonographs, and old chandeliers.

He said it’s often obvious that other photographers have visited the homes as well, and that they might have staged objects or moved furniture around.

If that’s the case, Sansivero said he might do a bit of his own staging before shooting — propping up a photograph or moving a lamp into the shot — but he says he keeps staging to a minimum.

“There’s plenty of photos in my book where I literally walked in and that’s what it looked like,” he said.

“It’s almost like a treasure hunt looking at my pictures,” he told Insider. Nostalgia oozes from some images while others leave a lingering, eerie impression.

Sansivero’s images are often teeming with color. Old, peeling floral wallpaper might be a focal point in one image and colorful ’60s mod clothing might fill the frame in the next.

Sansivero said he loves color, noting that he was wearing a tie-dye T-shirt and rainbow, striped shorts while speaking with Insider.

But even with bright colors, his images are unsettling.

One year, he photographed an abandoned home with a surprising twist: The entire second story was circus-themed.

One of the most famous houses Sansivero photographed was nicknamed the “Catskill Clown House” in upstate New York.

The home was filled with white-and-red carnival stripes, a canopy circus ceiling, and harlequin patterns covering the walls.

According to Sansivero, the home previously belonged to a circus family, but it’s since been updated and renovated.

A hunter’s house in the Catskills in New York is one of Sansivero’s favorite places he has photographed.

Sansivero said he and a friend explored this abandoned house in upstate New York, arriving before sunrise to photograph the home.

The photographer said the room was pitch black when they got there, but that as the sun rose and the light came in they started to see the details inside, including a tiger rug, old rifles, and an animal head mounted to the wall.

Sansivero admits that not every house has been unusual, strange, or odd. But every now and then he said he finds something completely unique. And often, he’ll dig into the history behind the abandoned places he finds.

Sansivero said he looks for abandoned homes that have stories, and that he searches for certain items — it could be a dollhouse or portrait above the mantel — that paint some type of picture about the people who used to live there.

Often, Sansivero said he’ll find a letter or old piece of mail with a name of a former resident and use that information to track down the owner’s family to learn more about the house’s history.

The abandoned buildings usually have a sad backstory, according to Sansivero. One home he photographed was deserted after the owners were convicted of animal abuse, he said in an Instagram caption, while others remain brimming with antiques but no heirs.

Ultimately, Sansivero said he doesn’t have all the answers to questions that his audience has about each home. But he said their questions leave them with a lasting impression of his work.

On his Instagram account, Sansivero shares glimpses of the history and families who once lived inside the decaying structures he photographs.

An image of sunlight streaming through an American flag takes on an entirely new meaning when Sansivero explains in a caption on Instagram that the home belonged to a WWII veteran and prisoner of war who died decades ago.

As abandoned houses piled up on Sansivero’s hard drive, he compiled his images into a photography book, which he titled “American Decay: Inside America’s Forgotten Homes.”

After wanting to put a book together for years, Sansivero published the first edition of his book, “American Decay: Inside America’s Forgotten Homes” in 2021.

Sansivero said he wants readers to feel like they’re stepping into a home when they look at his book; as they flip through the pages, they enter different abandoned rooms.

“My photographs can be interpreted differently by different people,” Sansivero told Insider.

He added that he wants “American Decay” to be a book that people revisit.

“Not a book that just sits there,” he said. “But a book that you can go through and see something new each time.”

While Sansivero’s book focuses on homes, he’s explored an array of abandoned locations.

As Sansivero continues his photographing abandoned houses, he told Insider he plans to focus on kitchens, which are at the heart of so many homes.

Many of the homes Sansivero has photographed have been torn down, sold to new owners, or vandalized, he said.

Sansivero estimates that half of the houses in his book are no longer in the same standing condition.

Many of them have been destroyed by fires or vandalized with spray paint, he said. But that doesn’t take away from his experience of photographing these homes.

“Just to know that I was there and lucky enough to photograph it is really cool,” he said.

Read the original article on Insider

Sat Sep 18 , 2021
The home on 123 Saddle Rock Road in Stamford has only claimed four owners in its 107 years. Now, the home can add a fifth owner to its history, along with a place in city record books. According to William Pitt Sotheby’s International Realty, the Shippan Point property sold for […] 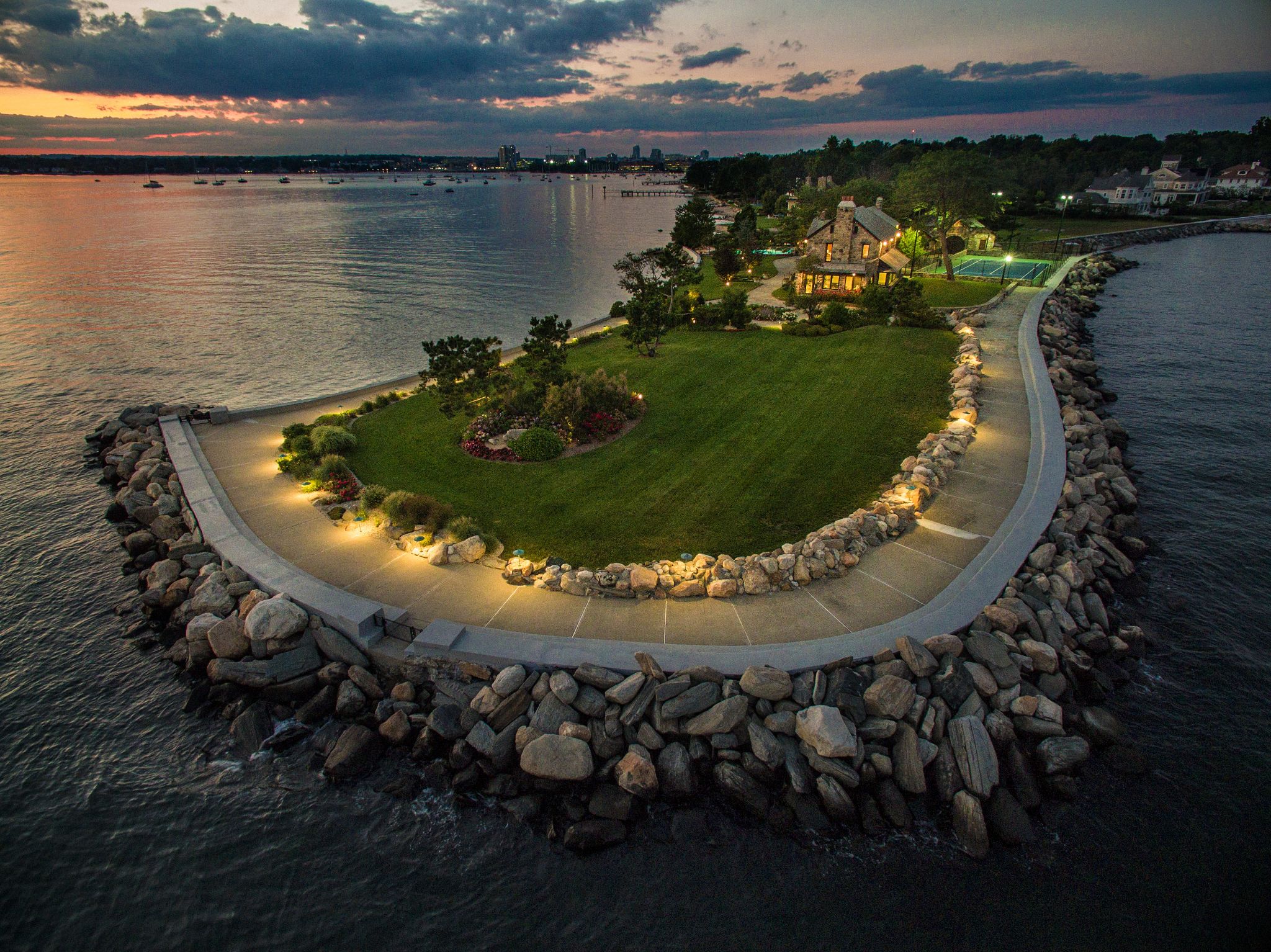