A handful of the people who didn’t evacuate ahead of Hurricane Laura, having weathered Hurricane Rita in 2005, took their chances with the new monstrous hurricane that was hurtling toward the coast.

Todd Miller’s shoes and socks were still wet as he shared their harrowing experience with AccuWeather Reporter Bill Wadell. He hadn’t had the chance to change them after the monstrous Hurricane Laura had torn into his apartment and drenched his family during the early hours of that morning.

Like other residents of the Gulf Coast, the Miller family was no stranger to dangerous storms.

“Rita, Humberto, Ike, and then the no-name storms. And then we had the flooding of March 2016,” Miller listed the storms he and his family had weathered over the years. They had also faced flooding from Hurricane Harvey while living in Deweyville, Texas — a town situated near the Texas-Louisiana state line. “So we decided to move over here closer to where I work at.”

Vinton, Louisiana, where the Miller family has called home for about a year and a half, sits around 20 miles to the west of Lake Charles. When the latter was slammed head-on by Laura, Vinton was close enough to also get caught up in the hurricane’s rampage.

Before moving, people in Vinton who Miller knew had told him the town had recovered after Rita and Ike “in no time.”

But Laura had arrived with a vengeance. Miller told Wadell he and his family “had to hunker down.” They flipped a couch, having their kids crawl inside into what Miller described as the “little cubby hole” under the piece of furniture. They then took a mattress, setting it on top of the opening to protect them against the wrath of the Category 4 hurricane.

“Just rode it out,” Miller said. “Just keep watching the ceiling come apart. The bigger the hole got, the more of the storm we could see.”

Laura had torn the roof from the rental home the Millers had moved to, what insulation remained was clinging to the exposed wooden beams overhead. Part of the home’s exterior had been stripped away as well, and large trees were downed in the road.

“I don’t see this getting fixed anytime quick,” Miller said.

Similar scenes are reflected across Cameron and Calcasieu parishes in the aftermath of Laura. Aerial footage of Holly Beach in Cameron Parish shows side-by-side comparisons of what the area looked like on Aug. 25 and after Laura made landfall on Aug. 27. Roofs had been stripped from homes, and debris littered partially drowned lawns and fields.

Maxar Technologies captured satellite images of areas near Lake Charles and Cameron that were impacted by Laura, comparing them to images taken from before the hurricane had hit.

In a close-up of the Lake Charles Regional Airport, at least two buildings seem to be nearly entirely demolished, and the roofs peeled from other structures. Other photos of residential buildings show homes near Grand Lake High School pummeled with debris scattered across the fields.

In Sulfur, Louisiana, a city between Vinton and Lake Charles, a few residents shared their experience with Wadell and expressed that Laura was no Rita.

“This is probably worse than Rita,” Sulfur resident Jerry Cole told Wadell, highlighting both the damage it had done, particularly to his property, and that it had sounded worse. Other survivors of the hurricane have described the sound of Laura to the sound of a freight train.

Hurricane Rita, a major hurricane from the 2005 Atlantic hurricane season, had made landfall in southwestern Louisiana as a Category 3 hurricane. Like Hurricane Katrina, which had struck New Orleans about a month before Rita, the storm had reached the strength of a Category 5 hurricane before weakening to a Category 3. However, despite the downgrade, Rita’s storm surge inundated low-lying areas across the coast, adding insult to injury to the communities trying to rebuild from Katrina.

In Sulfur, the winds had torn into what the water hadn’t destroyed. Destruction ranged from that of a wooden stake impaling the front windshield of a car, to a toppled and torn Motel 6 sign. Buildings had been gutted, their parts scattered and interiors drenched. Businesses were physically destroyed, the winds sent utility poles and trees crashing onto roads and even toppled a billboard into a family’s home. The destructive power of nature had made itself known to the residents.

“I had to go fix a window over here, and when I did, it looked like I was in the middle of a vortex where water’s going down the drain,” Cole said. “It was pretty bad. Things were flying everywhere.”

He had sheltered in his home when the hurricane hit, though stole a look out the window to see what he described “looked like a tornado coming down the middle” between two nearby houses.

The deafening storm pelted loose objects against his home, tore up his fence and uprooted a weeping willow.

“I had a pretty nice fig tree I’ve been taking care of for about 25 years,” Cole added. “It’s gone.”

Other Sulfur residents like Chris Guidry and Tram Nguyen had each gone to a shelter before returning home, thinking the worst of the storm had passed, according to Wadell.

It hadn’t, and Guidry ended up weathering the rest of the night at home as the storm ramped up.

“I went through Rita. I stayed here for Rita 15 years ago. This one was much more intense,” Guidry told Wadell. However, despite the storm’s strength, Guidry expressed he was fortunate. His home was seemingly undamaged, though with a few trees down.

For Nguyen, however, Laura was her first experience in a hurricane.

“I don’t want to see it again,” Nguyen told Wadell.

Miller also hopes that this will be his family’s last hurricane experience. Laura was the final straw for their life on the Gulf Coast, and he’s now looking into a possible transfer with his job to New Mexico.

“I’m too old for this. I’ve had enough excitement in my life,” Miller said. “I don’t need to go through this no more. I want to retire one day.”

Between rebuilding after a storm and moving around, he expressed he wouldn’t be able to retire the way he wanted to, not to mention the fairness to his family.

But until then, the community starts to rebuild.

“In southwest Louisiana, everybody’s going to help everybody else,” Guidry said. “We have a tight-knit community.”

Keep checking back on AccuWeather.com and stay tuned to the AccuWeather Network on DirecTV, Frontier and Verizon Fios.

Mon Aug 31 , 2020
TipRanks 3 Monster Growth Stocks That Still Have Room to Run For the stock market, is it onwards and upwards? As the dog days of summer come to a close, stocks have ripped higher in a remarkable fashion, with the market sitting at record highs. That said, when we make […] 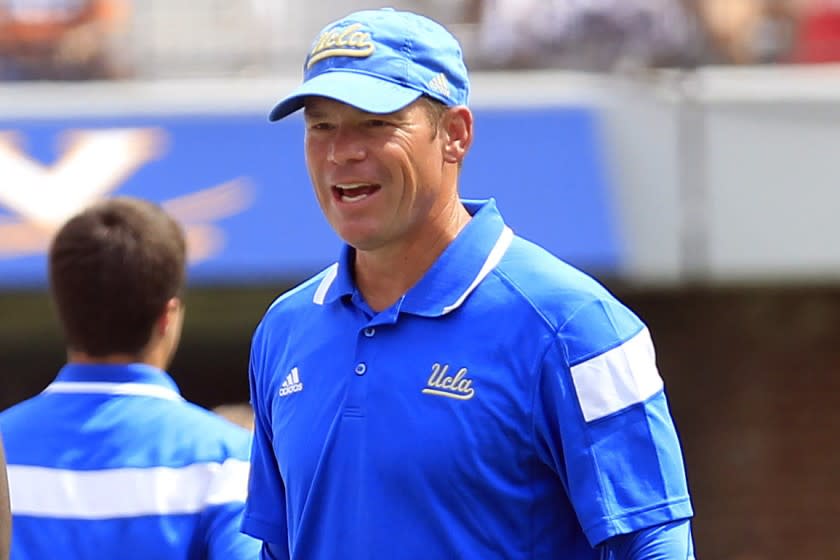