PETERSBURG — The city’s newly approved budget for FY 2022-23 includes a real estate tax rate that was lowered for the first time in a few decades. It also combines local funds with grants and other monies for around $17 million worth of capital improvements, some of which are earmarked for some prominent projects.

The city’s adopted Operating Budget equals $104,201,022. The General Fund accounts for about 71% of the total budget, coming in at $73,856,740. The General Fund is Petersburg’s main source of financing day-to-day activities and long-term projects.

About 24 cents of every tax dollar goes to public safety, 20 cents to social services, 14 cents to the school system, nine cents to general government uses, seven cents to constitutional officers and eight cents to public works. A further 18 cents is split among other uses like courts and community affairs.

This year’s budget was finalized by Interim City Manager Kenneth Miller. He was also responsible for the FY 2021-22 budget in his previous stint as interim. Miller wrote in the budget’s documents that it was compiled to align with the city’s strategic goals for 2021-25.

FY 2022-23 was calculated using a smaller real estate tax rate than in previous years. Petersburg lowered its rate from $1.35 to $1.27 per $100 of assessed value. For several years, it was the second highest real estate tax rate in the state, and it hadn’t been lowered since 2006.

Despite the decrease in its tax rate, Petersburg is still projected to collect more than it did in FY 2021-22 due to an enormous 13.4% increase in citywide property values during the pandemic. Property tax revenues are set to increase from $24.3 million to $26 million in FY 2022-23.

More: Petersburg real estate values are up across the city, rose 13% this past year

Total employment for the city is 645 workers, three more than in last year’s budgeted number.

Public safety had slight swings in both fire and police. Fire and Emergency Services added three total employees, including a program coordinator, assistant fire marshal and a fire captain. The Bureau of Police lost four employees, including two sergeants and two police officers.

Police is funded for 100 total staff positions, five less than the previous year. Fire and EMS is budgeted for 79 positions, three more than last year.

The Utilities Department had a net loss of three employees. Eliminations were made for an operations manager, pump station mechanic, two motor equipment operators and two administrative assistants. A general supervisor, and three water services technicians were added. One specialist was transferred to Billing and Collections.

Neighborhood services was downsized the most, with about 30% of its budgeted positions being cut. The departments director position will be split between a fire marshal and another Neighborhood Services employee. A rental housing inspector, permit technician and a plans reviewer were eliminated. Three positions for property maintenance inspectors were also removed.

Petersburg has so far accumulated $17.4 million for capital projects in this fiscal year. About $6.8 million of that is funded through the first round of American Rescue Plan Act funds. Those ten projects include upgrades like new radio systems for first-responders, rehabs for the Southside Depot and former Social Services building plus a citywide master plan.

A few other noteworthy projects include:

Petersburg says it is still looking for grant funding that could help with more further needs.

Petersburg City Public Schools were again given a transfer of $10 million from the city. The city has elected to give a flat amount of $10 million to the schools since FY 2019-20. The schools requested $11 million last year and this year.

The schools total revenue for the upcoming school year is about $91 million. That includes a hefty dose of federal grants totaling a little over $30 million for recovery from COVID-19. Annual school revenues pre-COVID were around $50 million.

Despite the recovery funds, PCPS said it was still looking for more funding to help finance its capital budget – which includes a new school for at least $26 million – and the possibility of funding year-round schools, which is more expensive than the current model.

While discussing the budget, Finance Director Stacey Jordan told City Council that Petersburg could lose Community Development Block Grant funds if it doesn’t use all of the money it was granted this year. Jordan said that $277,000 went unused in Fiscal Year 2021-22 and a repeat could lower funds.

The CDBG is a yearly grant from the Department of Housing and Community Development for creating better housing and living environments.

The city’s budget document can be viewed here for the most specific information. 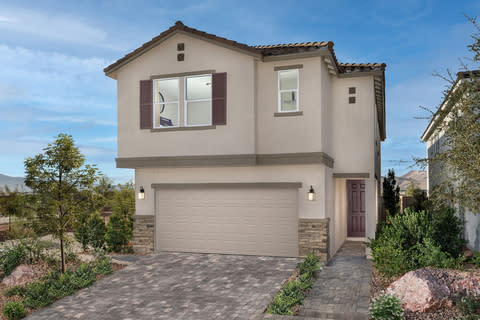