© Provided by Dezeen
A glass-walled exhibition space at Saalecker Workshops

Dorte Mandrup has announced its plans to convert the Saalecker Workshops, the former home of German architect Paul Schultze-Naumburg, into an international design academy.

The adaptive reuse project is an attempt to repurpose the “uncomfortable monument” near the town of Naumburg in central Germany into a space that celebrates free-thinking and diversity.

Once complete, it will become the home for the Marzona Foundation’s Design Academy Saaleck (dieDAS) and welcome groups of international creatives to live and study.

© Provided by Dezeen
Top image: Dorte Mandrup is overhauling the Saalecker Workshops. Above: a glazed exhibition space will be introduced


As part of the project, Dorte Mandrup will relandscape the hillside complex and introduce residences and studio spaces for up to 16 creatives within its main building.

Many parts of the site will be left untouched in order to preserve its history and remember former owner Schultze-Naumburg’s connection to the Nazi Party, which ruled Germany as a dictatorship from 1933 until the end of world war two in 1945.

An advocate of Nazi architecture, Schultze-Naumburg’s books, including The Art of the Germans and Art and Race, helped form Nazi leader Adolf Hitler’s ideas on art and culture.

Schultze-Naumburg joined the Nazi Party in 1930 and became a member of the Nazi art propaganda unit.

© Provided by Dezeen
A spiralling ramp will be built on site


Schultze-Naumburg purchased the property at the beginning of the 20th century and then developed the complex with several additions.

“It is courageous of the Marzona Foundation and the Design Academy Saaleck to reclaim and bring new values and content into the frames of the Saaleck Workshops – this otherwise very uncomfortable monument,” said the studio’s founder, Dorte Mandrup.

“Working on the project, it has been very interesting to discuss what happened in the years around 1904 in comparison to the political turbulence and design ideals of today,” she explained.

“In this light, I think it is very important to be aware of these seminal moments in our history and to try to act accordingly,” Mandrup continued.

“To be part of transforming the content of the Saaleck Workshops into a place that will be pointing towards an open, diverse and democratic future, is by all means very compelling.”


Few details have been disclosed about the scheme, though Dorte Mandrup has revealed that new additions to the site will be built with colours and materials that juxtapose the existing buildings.

This will include a new timber and glass-walled exhibition space, positioned in place of a former chicken coop, which will be used to recount the life and ideology of Schultze-Naumburg.

Landscaping also plays a key role in the proposal and will see the introduction of meandering paths around the site, alongside gardens, a terrace and areas for wildflowers and fruit trees.

A spiralling ramp, named the Infinity Bridge, will be constructed to connect the gardens positioned at different heights across the sloped site.


The overhaul of the Saalecker Workshop is the latest in a string of cultural projects being developed in Germany by Dorte Mandrup, a studio founded in Copenhagen in 1999.

This includes the Exile Museum in Berlin, which will tell stories of the people who fled the Nazi regime, as well as the Trilateral Wadden Sea World Heritage Partnership Center, which will wrap around a second-world-war naval bunker on the country’s north coast.

Visuals are courtesy of Dorte Mandrup.

Sun Feb 21 , 2021
A couple built this house on wheels for $15,000 A tiny home on a tiny budget Downsizing to a tiny home doesn’t have to mean sacrificing comfort and style – a lesson that Rebekah and Robert […] 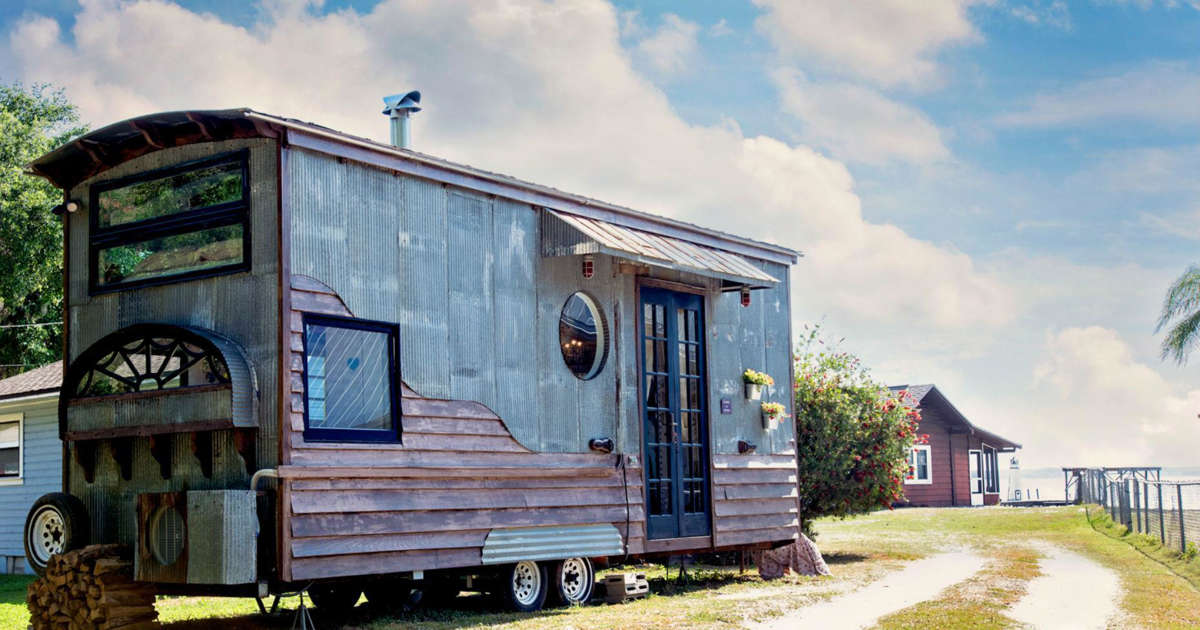